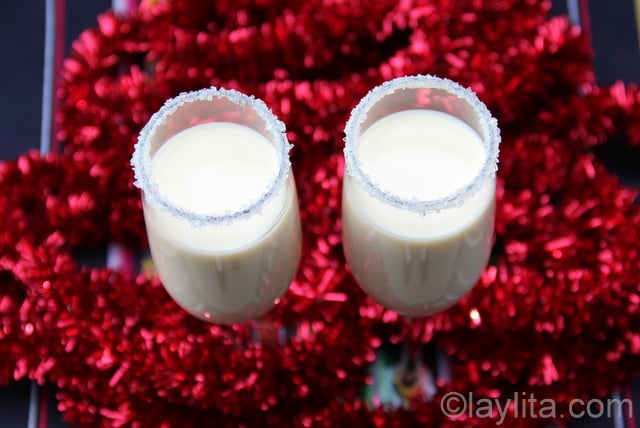 Rompope is popular Latin American drink that is consumed during the Christmas season. This milky cocktail is very similar to eggnog and has many different variations; the original was called rompon and originated in Spain. Rompope is very popular in Mexico, especially in Puebla, where the Mexican version of this drink was created. 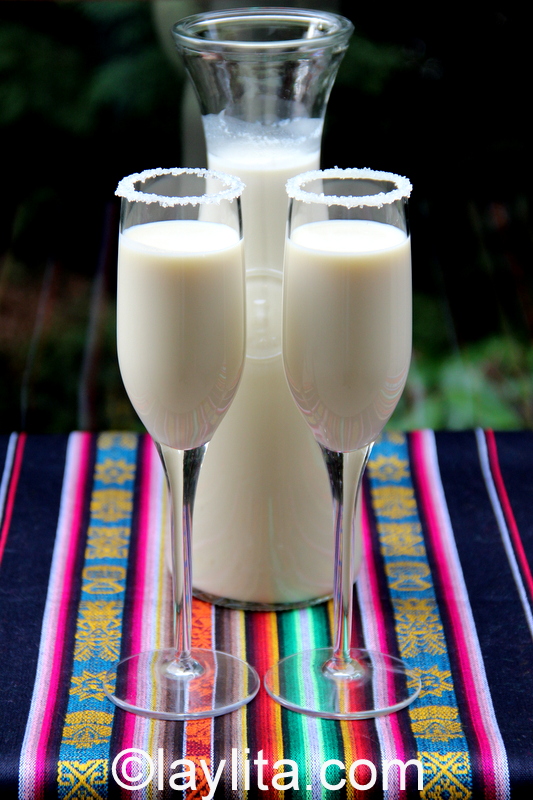 The Mexican version is sometimes made with almonds and other nuts. In some parts of Central America it is also known as rompopo. In Venezuela, it is known as ponche crema. In Peru, they call it caspiroleta and make it with pisco. The Puerto Rican version is called coquito and is made with coconut milk. In Chile, it is made with coffee and known as cola de mono or monkey’s tail. In Brazil, it is called licor de ovos or egg liqueur. Rompope is also known as ponche de leche or simply ponche in some countries.

In Ecuador we also call it rompope or ponche de leche and we make it with milk, sugar, vanilla, orange peel, egg yolks, condensed milk, cream and aguardiente. Aguardiente is a type of sugar cane liquor, similar to rum and cachaca; it is the main domestic alcohol in Ecuador. I usually make a large batch of rompope to have on hand during the holiday get-togethers.

I make half of it non-alcoholic for the kids and the other half is for the adults. Rompope can be served warm or cold, my kids prefer it warm and I also prefer the kid friendly version warm, but I like the adult version cold. The egg yolks help thicken the rompope and give it that richness, you can use between 8-12 based on your preference. Also, the rompope with aguardiente gets diluted and therefore less thick, so keep this in mind when making it. If you ever want to thin it out you can add additional milk, cream or half and half to the rompope, just mix it well. Salud! 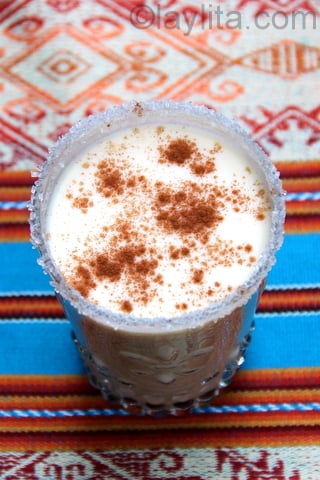 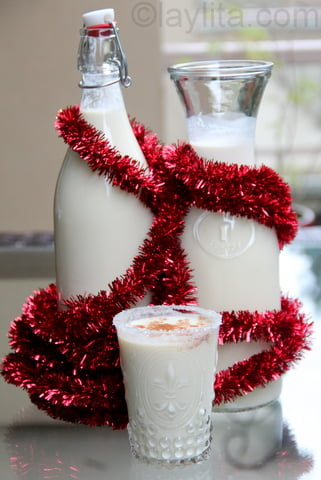 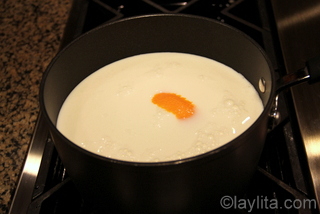 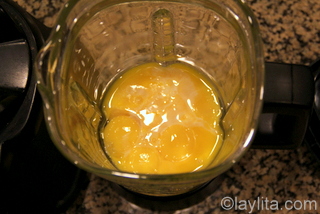 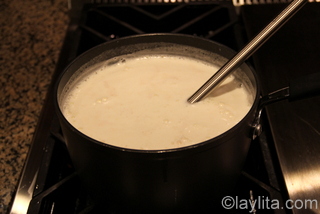 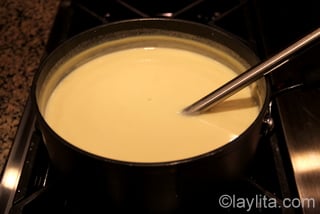 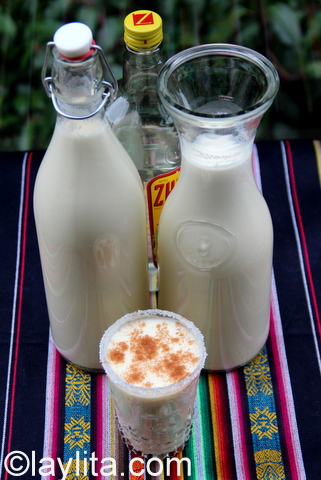 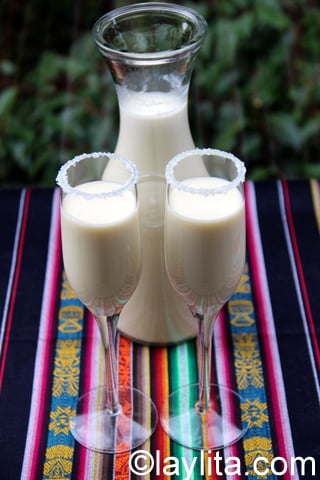 Previous Post: « Latin style roasted turkey {Pavo a lo criollo} for Christmas or Thanksgiving
Next Post: How to open oysters »