Ecuadorian main meals, especially at lunch or almuerzo time, usually consist of meat, poultry or seafood with side dishes of rice and/or potatoes, a small salad, plantains (ripe or green), and some hot sauce on the side. Main meals in Ecuador vary depending on the region; you will find a lot of seafood and plantain dishes in the coastal cities and more beef, pork and chicken main dishes in the highlands of Ecuador. This doesn’t mean that you won’t find seafood in Cuenca or meat stews in Manta, it just means that there are a lot of specialty traditional dishes in each region, but you can find the most traditional Ecuadorian main dishes anywhere in the country.
Arroz con camarones: Classic South American dish from the coastal areas consisting of rice cooked in a shrimp broth and mixed with shrimp, sautéed onions, peppers, tomatoes, garlic, cumin, achiote and parsley. 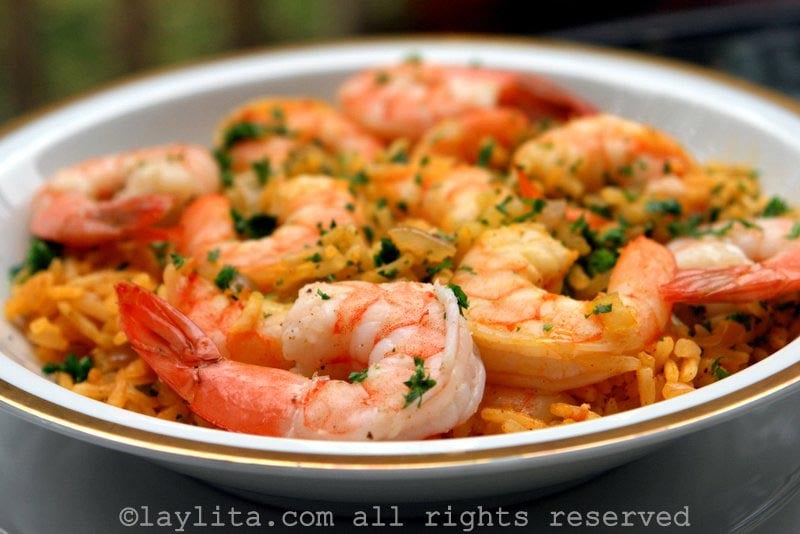 Arroz Marinero: Arroz marinero or seafood rice is a South American dish similar to Spanish paella, that is made with rice cooked in seafood broth and sautéed with shrimp, clams, squid, bay scallops, onions, garlic, bell pepper, cilantro and spices. 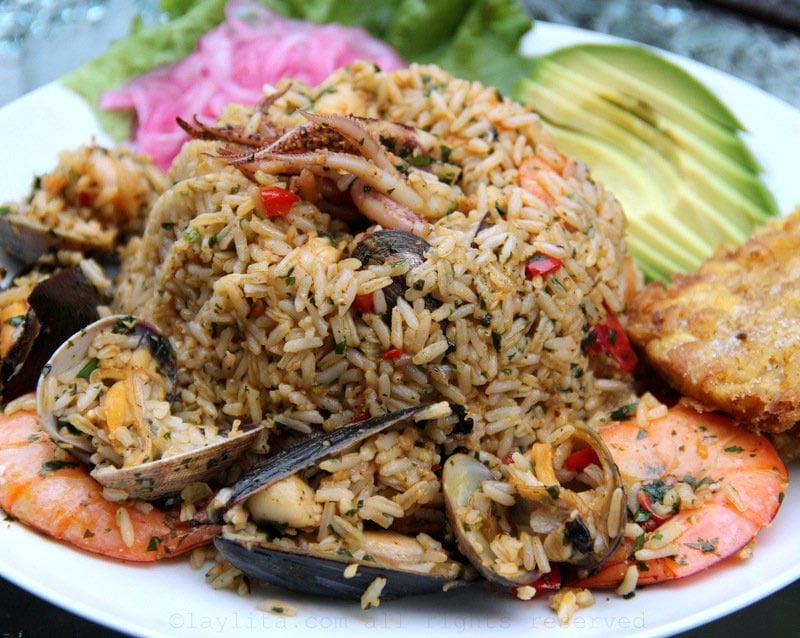 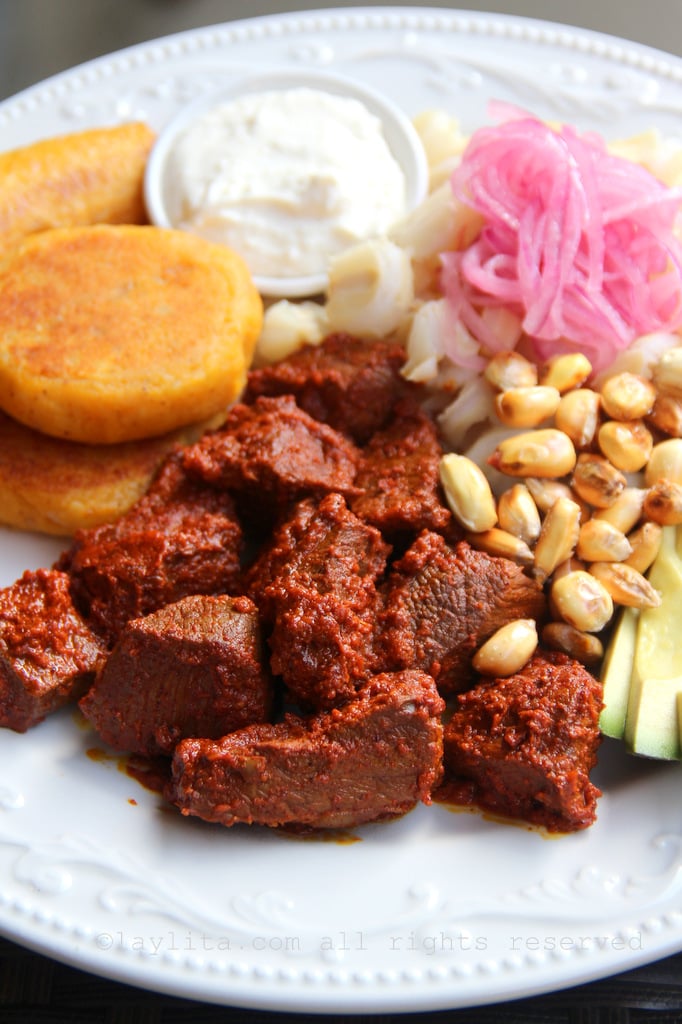 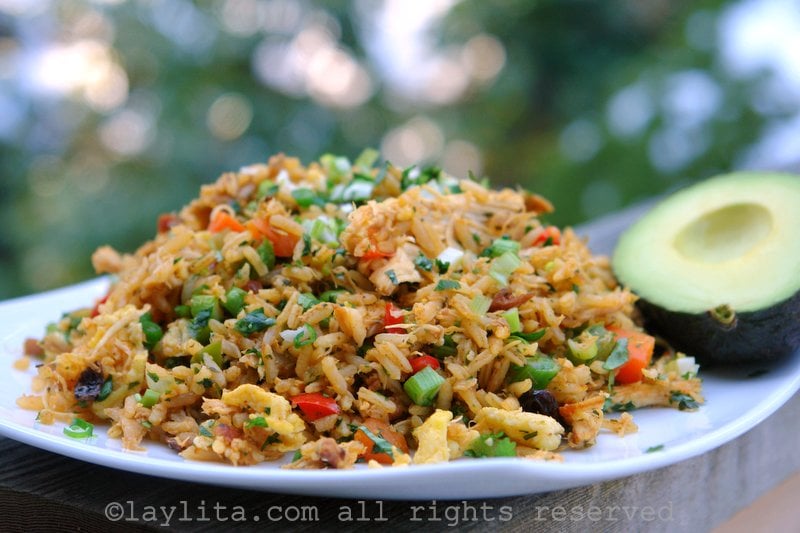 Encocado de pescado: Pescado encocado is a coastal dish of fish seasoned with citrus and spices and then cooked in a sauce of cilantro, onions, tomatoes, bell peppers and coconut milk. 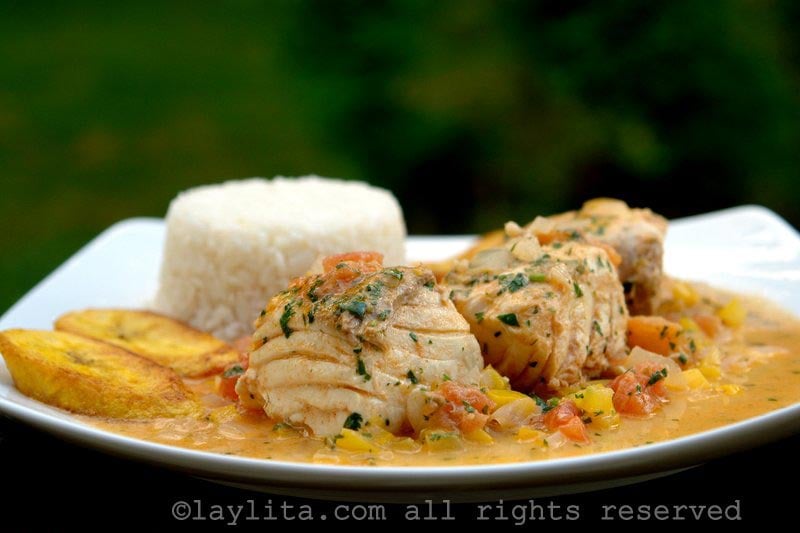 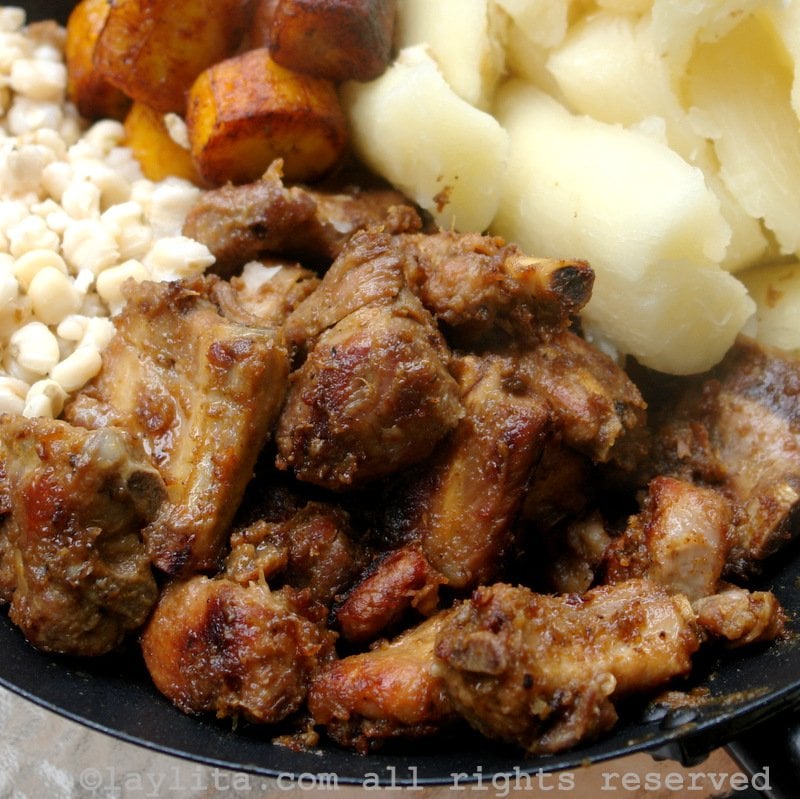 Fritada de gallina: A delicious and tender chicken dish prepared by cooking chicken in a sauce made with chicha or fermented corn drink, garlic, onion and cumin until the liquid is gone and the chicken is golden brown.

Guatita: Guatita is an Ecuadorian tripe stew in a potato peanut sauce 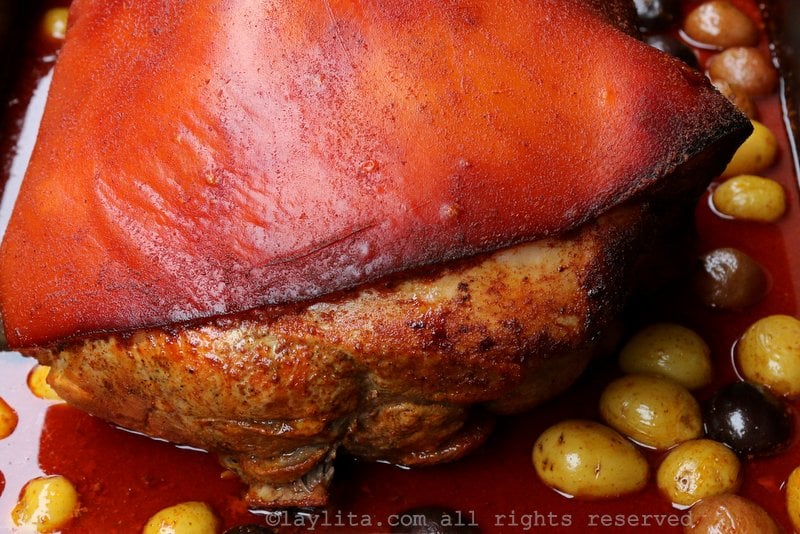 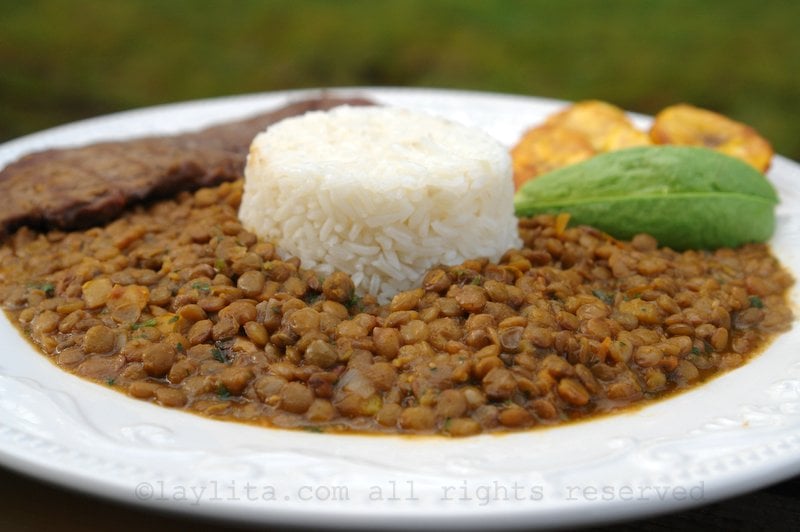 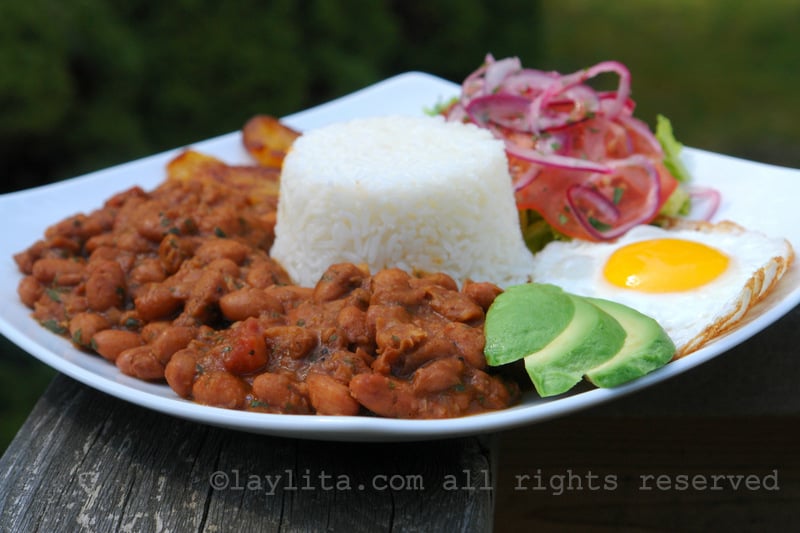 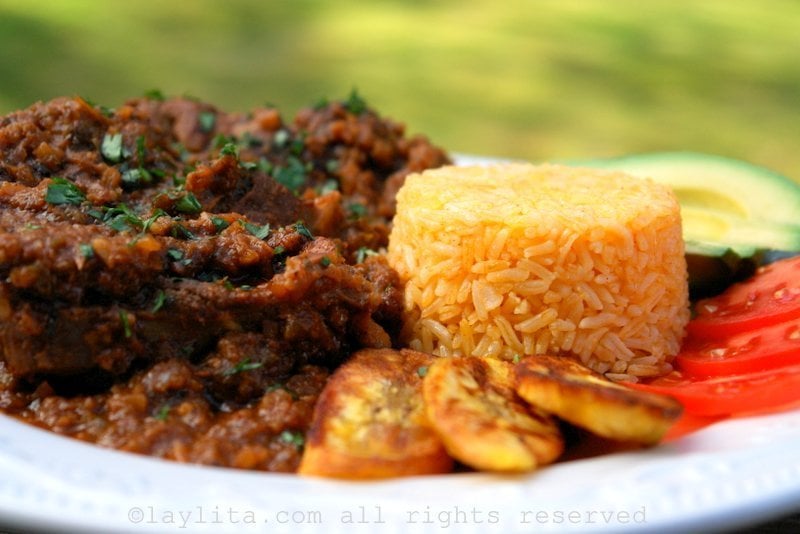