Home » All » By Ingredient » Seafood » Oysters » How to open oysters 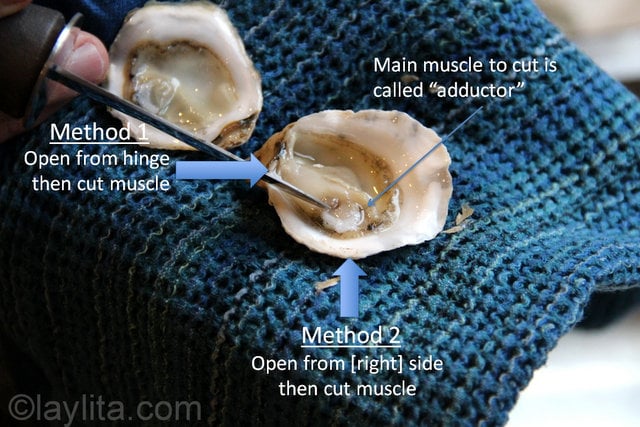 My husband Nicolas is helping with today’s step by step instructions (with photos) on how to open oysters. Oysters are delicious seafood, full of nutrients like iodine, which is best eaten fresh and raw. I love eating raw oysters, but this wasn’t always the case. In fact, I have to thank Nico for teaching me how to appreciate raw oysters. Before I met him, I liked oysters either fried (Texas style) or in ceviche (Ecuadorian style), but was skeptical about eating them raw directly from the shell. The large Texas Gulf oysters are great for frying or grilling, but not the best for raw consumption. My favorites for eating raw are the smaller oysters, such as Kumamoto, Olympia, Penn Cove, Kusshi, Hama Hama, and more.

Cold weather months are usually the best months to eat raw oysters. My aunt once told me that you want to avoid eating oysters in any month that doesn’t have an “r” in its name – basically May-August. The warmer the weather the more likely that the oysters can have harmful bacteria – and most of the time that you hear about people getting sick from raw oysters is during the summer months. This is an obvious statement, but there is always a health risk associated with eating any raw seafood – so as the little warnings on the restaurant menus state – if you are unsure ask your doctor.

Oysters can be intimidating to open. They have a very hard shell, no easy point of entry, and stories of people getting hurt. It’s said that in France, on Christmas Eve most calls into the French 911 (the 18) come from people trying to shuck oysters and injuring themselves before a good dinner with family and friends. So always be careful when shucking oysters, keep your hands protected and be patient with the tougher oysters. 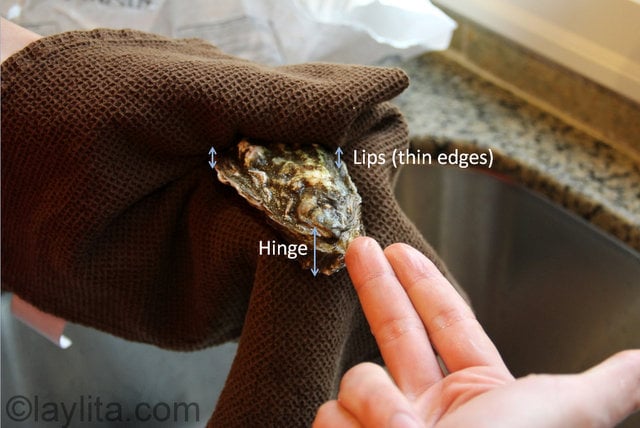 Understanding the anatomy of an oyster can help with the opening process. Oysters have an upper and lower shell. The main part of the oyster is in the lower shell and we call the top shell the “lid”. Lids are usually bare of any edible part of oyster meat or have just a little. The hinge of the oysters is the thick narrow part. The lips are the thin (and wider) edges that are opposite to the hinge.

The upper and lower shells are kept together inside by a main muscle called the “adductor” muscle. This muscle is the one part of the actual oyster meat to cut when opening an oyster, the rest of the oyster meat should be kept intact. The most common way to open an oyster is by targeting the hinge. An alternative method is to target the right side where the adductor muscle is located – this method works best for oysters that are flatter and have a more regular shape.

How to open oysters

Main method – opening on the hinge

Alternative method – opening on the side

Not all oysters knifes are the same. Some are longer, others shorter. It’s a matter of preference. Personally I use a short knife as it provides a better handle and also has a shorter blade in the event of a slip 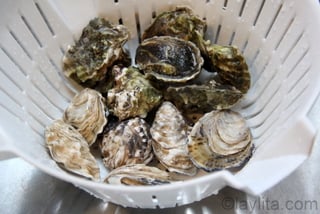 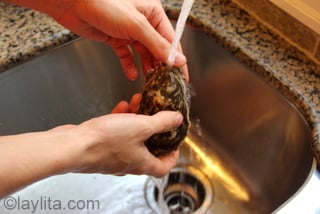 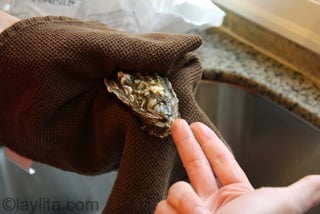 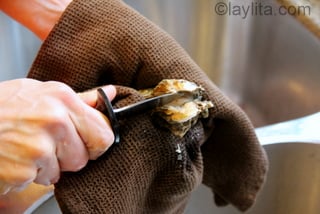 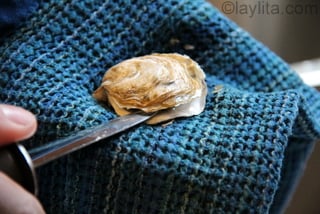 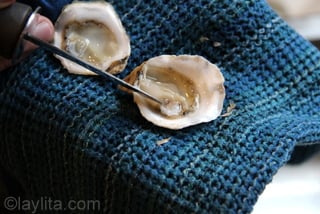 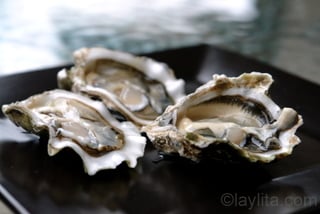 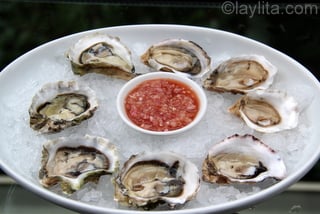 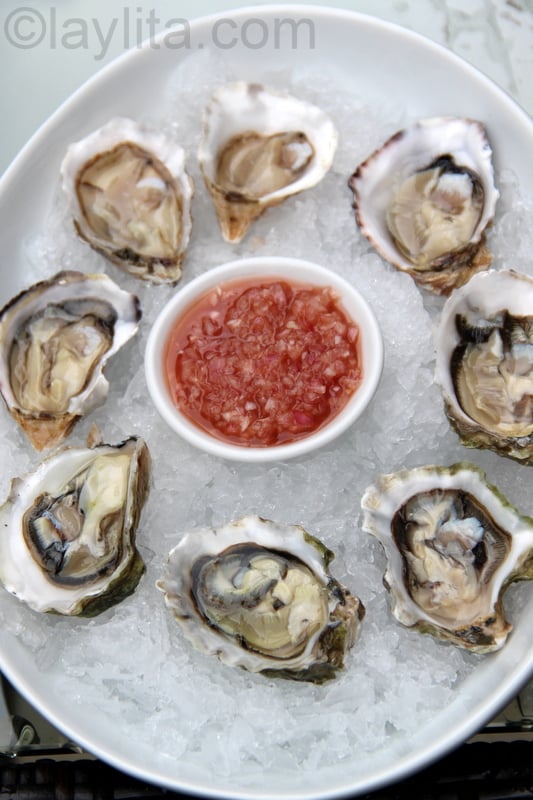