Home » All » By Course » Desserts » Ecuadorian Pristiños or Christmas fritters

Pristiños are a traditional Christmas dessert in Ecuador. These fried pastries are served with miel de panela or piloncillo syrup. Pristiños are usually made in the form of a crown, but depending on the family who makes them they can have different shapes.

When my husband tried pristiños for the first time he said they reminded him of a French fried pastry or fritter called les bugnes – which sounds a lot like buñuelos. In France they eat these during Mardi Gras. This in turn reminded me of some fried pastries called chiacchiere that Rossana, my Italian friend, makes during Carnavale (Italian Mardi Gras). There is likely a connection between the different European holiday fritters and the Latin American ones, and it is always interesting to see how each country (or region) adds its own distinctive touch to the recipe.

Pristiños are also served with dulce de higos or sweet figs candied in panela syrup. The dough for pristiños is very easy to make, as usual I like to make it easier by using the food processor. The dough is lightly spiced with cinnamon, clove and anise. The spices can either be added directly to the dough as you make it, or the more traditional method is to boil water with the spices and then use that spiced water for the dough. I’ve tried both ways and I prefer to make it with the traditional spiced water.

As a good Ecuadorian I also add some aguardiente or sugar cane alcohol to the dough, you can use rum as a replacement for the aguardiente – or if you prefer not to use alcohol you can replace it with more of the spiced water.
I also tested baking the pristiños as a healthier alternative. They are definitely a lot better when fried; they lose the airiness and become a little dense when baked. However, even baked they are still good, so I am including baking instructions in case anyone needs them – but my recommendation is to try them fried.

The panela or piloncillo syrup is spiced with cinnamon and cloves, but I also like to give them an extra dusting of ground cinnamon. If you don’t have panela or piloncillo, or as in the case of my 10 year old don’t like the taste of panela, then you can use honey as a replacement for the panela syrup. 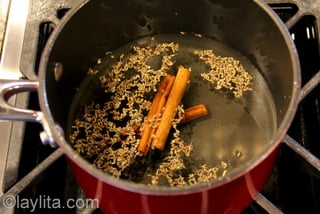 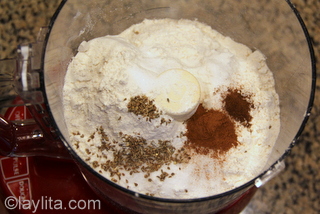 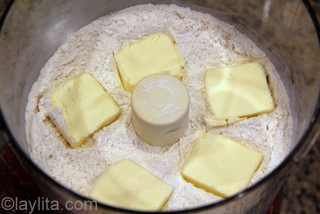 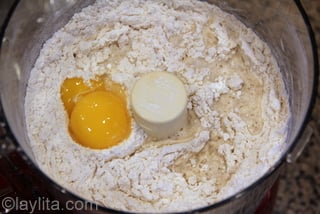 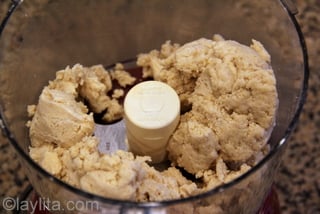 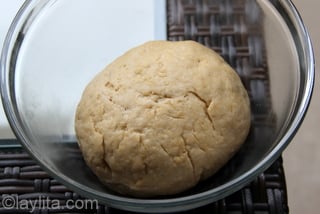 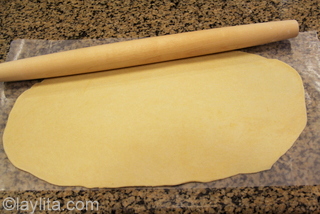 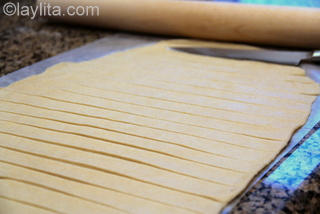 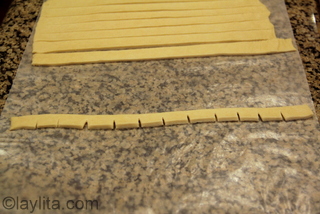 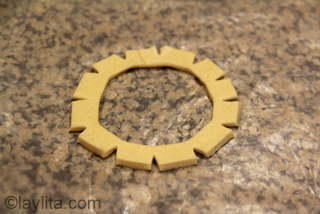 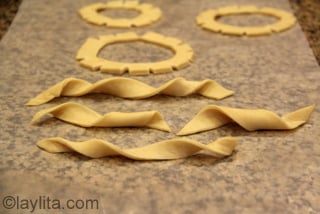 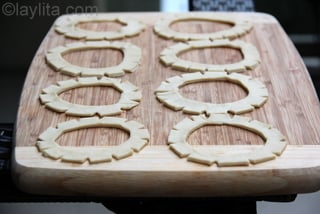 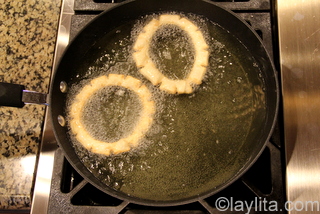 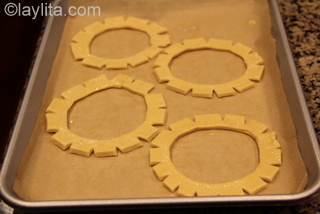 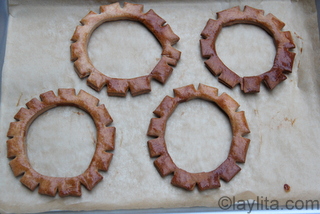 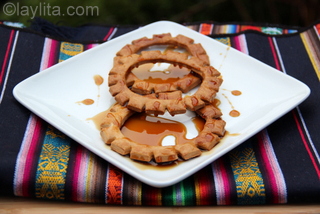 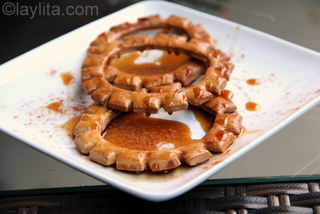