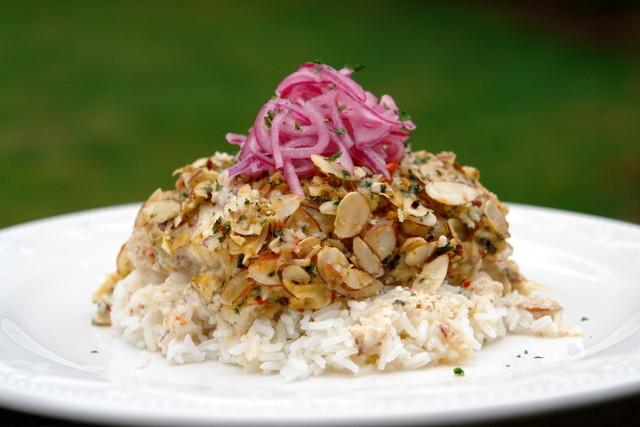 A few years ago my good friend Mafi gave me a cookbook called 100 recetas para corvina or 100 recipes for corvina; corvina, which is a white sea bass, is the most popular fish in Ecuador, and is also known as merluza in other South American countries, but it is very hard to find in the US. I occasionally found corvina at Central Market in Austin, but have never seen it anywhere else. However living in Seattle I have access to a wide variety of good seafood, and so I just adapt all my corvina recipes and use different types of fish. One of my favorites is halibut, it is delicious, goes well to different seasonings and sauces, and is also available fresh most of the year. This recipe worked very well with halibut, but I’ve also made it with cod, essentially it should work with any good fresh white fish.

I like cooking with almonds, but it really isn’t something that is typical or traditional in Ecuador. They are one of those ingredients that were probably introduced by the Spaniards but not used by the general population who could not afford them and therefore didn’t integrate into the everyday cooking. Which is the case for many other ingredients, including olive oil. I remember olive oil was very expensive when I was growing up, my mother would buy it only for use in salads, but we wouldn’t ever cook with it. I learned about cooking with olive oil when I moved to the US.

It fascinates me how some food items introduced by the Spaniards to South America were incorporated so quickly and others have taken a much longer time. It also varies from country to country, I’m sure that countries with a stronger European influence have added ingredients originally from Europe into their cuisine. For example, Chile produces its own olive oil, very good quality.  At the same time though I recently received a request from a local newspaper in Ecuador to use one of my recipes in Spanish (from https://www.laylita.com/recetas/ ), they are trying to feature recipes that use local ingredients that are available and affordable to everyone, and since my recipe called for olive oil or sunflower oil they wanted to know if it could be changed to vegetable oil or lard, which are the most available. Many Ecuadorian recipes where I used sunflower, avocado or olive oil are usually prepared in Ecuador with lard or vegetable oil.

Back to this recipe for halibut with almond sauce, I used a small amount of rocoto pepper paste. Rocoto is a small orangish red hot pepper that looks a lot like a habanero, but isn’t as spicy and its skin is thicker. It grows mainly in Andean regions, and is used a lot in Peru and Bolivia. It is easy to find rocoto peppers either canned or frozen in Latin supermarkets. There is also a paste made from the peppers that is sold in a jar, if you like spicy foods it is something that you can add to different dishes to give them a little kick, the whole ones are also pretty good for stuffing.

I served the fish with rice; I think that is a must to soak up the sauce. I also added some curtido or pickled red onions as a garnish, and steamed broccoli. Unlike some other of my dishes this one is pretty flexible with side dishes – hough when I was eating it I kept thinking to myself that it would have gone very well with some fried ripe plantains. 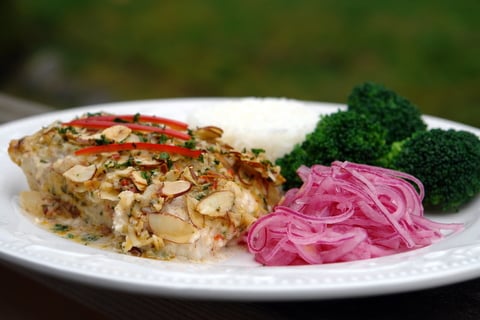 2 tbs finely chopped cilantro or parsley, plus more to garnish

1 red chili pepper, seeded and finely chopped, plus a few strips to garnish 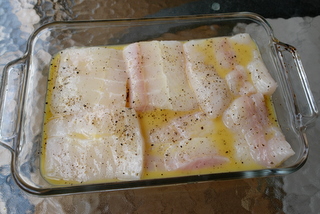 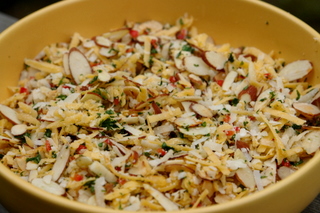 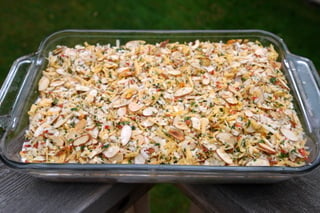 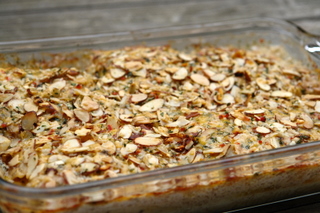 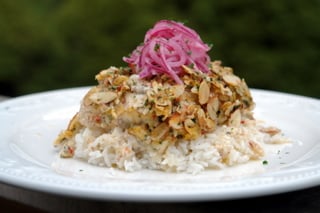 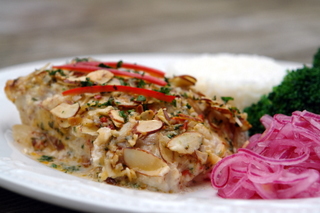