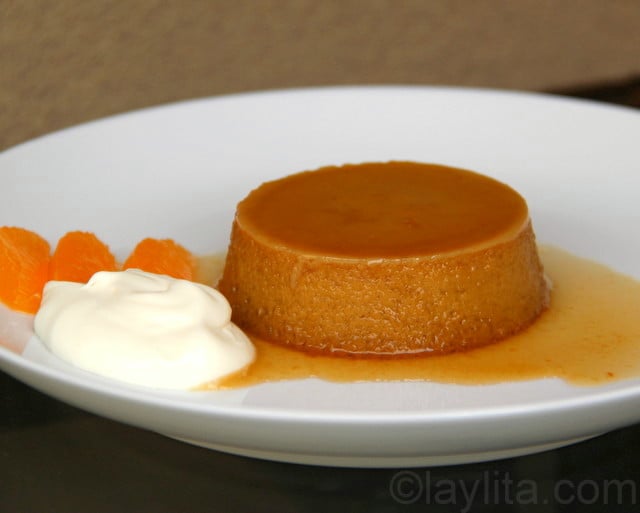 This easy pumpkin flan recipe is made with candied pumpkin cooked in brown sugar and spices, eggs, cream and orange liqueur. Yes, another recipe using dulce de zapallo or squash/pumpkin cooked until caramelized in spicy panela syrup. As you can tell I made a lot of dulce de zapallo and still have another dessert recipe using it that will be posted one of these days. This flan recipe was actually my husband’s unintentional idea. Last year around this same time I also made an overdose of dulce de zapallo. While I was making the pumpkin tart he asked if I was making flan, he sees eggs going into custard like mix and assumes it must be flan. My answer was “I’ll make that tomorrow”. Of course, if he had known the amount of cinnamon that was in the candied pumpkin than he probably wouldn’t have been too excited about it. I don’t get how anyone can not like cinnamon, especially someone who is French, and on top of that, married to me. My strategy for his not liking cinnamon: ignore it, I figure that eventually he’ll have to start liking it. He still eats anything I make that has cinnamon, but I want him to love cinnamon. 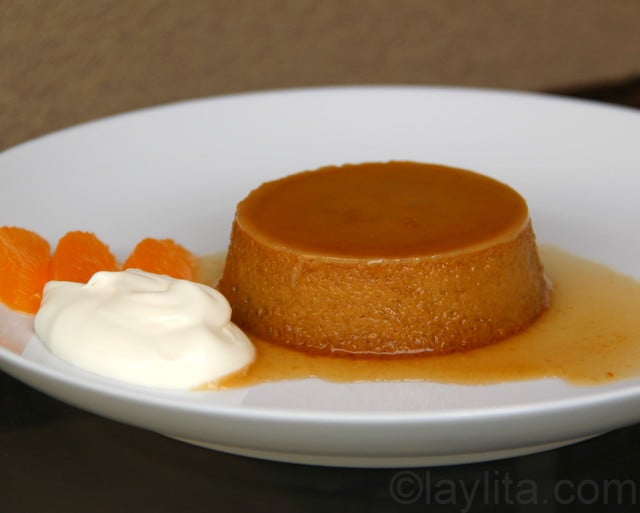 For the pumpkin flan:

For the pumpkin flan: 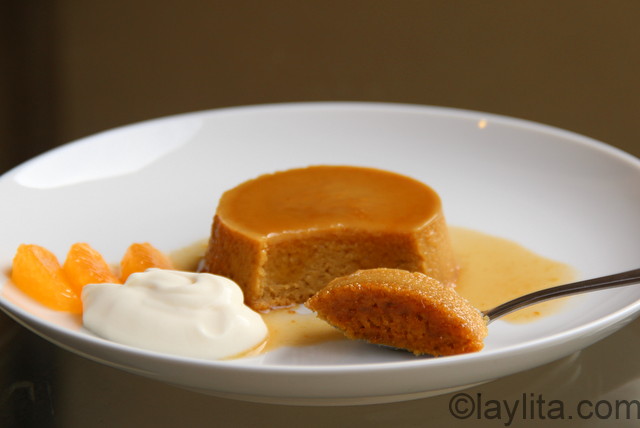 Back to the pumpkin flan, like most flans it is very easy to make. Yes, it would be even easier if you used store bought pumpkin pure, but please don’t. Cooking the fresh pumpkin (or squash) with panela, a type of hard brown sugar, and spices until the pulp is candied, give this flan the most delicious and comforting taste that you just won’t get with the canned stuff. Plus, your house will smell amazing when you make the dulce de zapallo. The next part of the process is to mix the candied pumpkin or squash pulp into a puree with eggs, cream and a dash of orange liqueur. Then bake, cool down and enjoy! 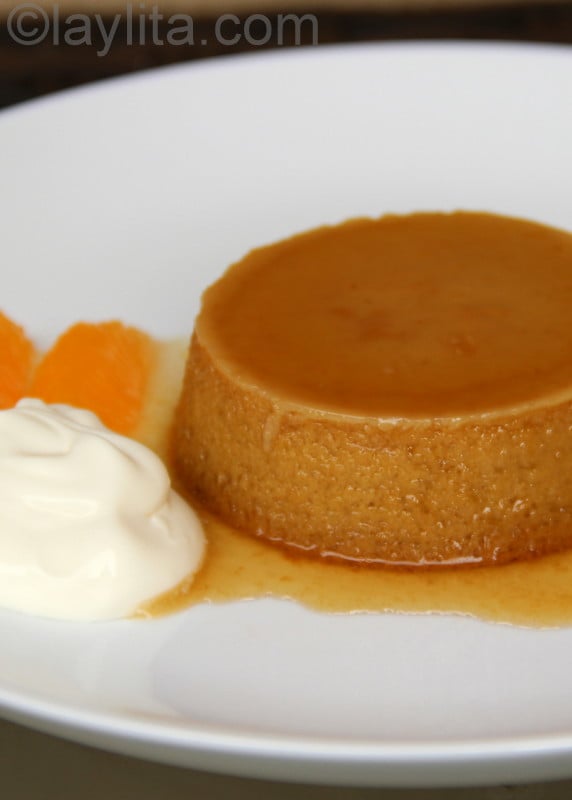 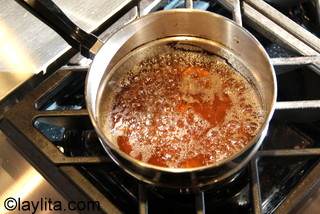 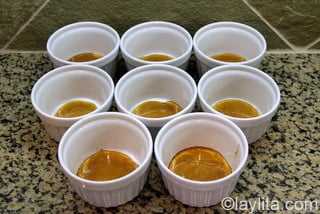 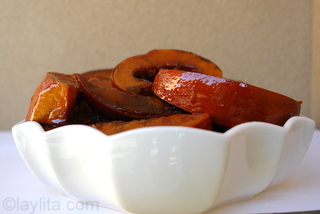 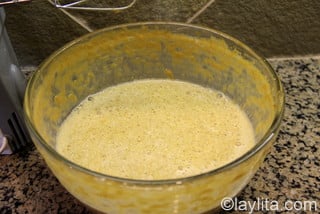 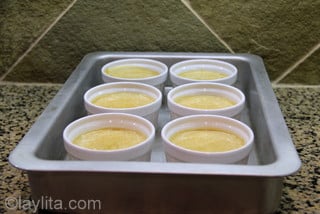 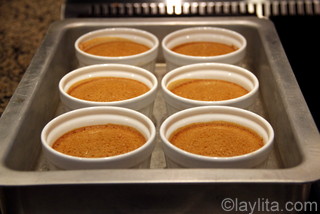 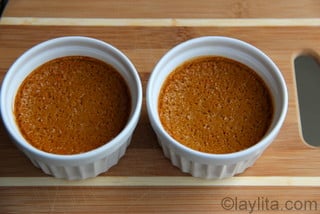 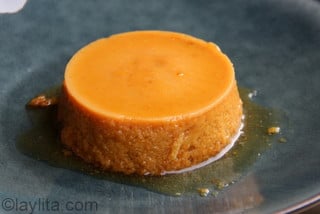 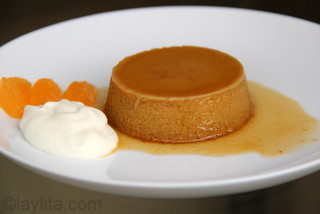 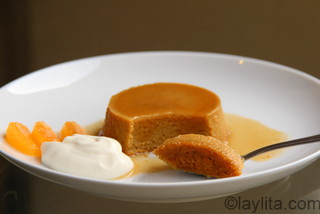 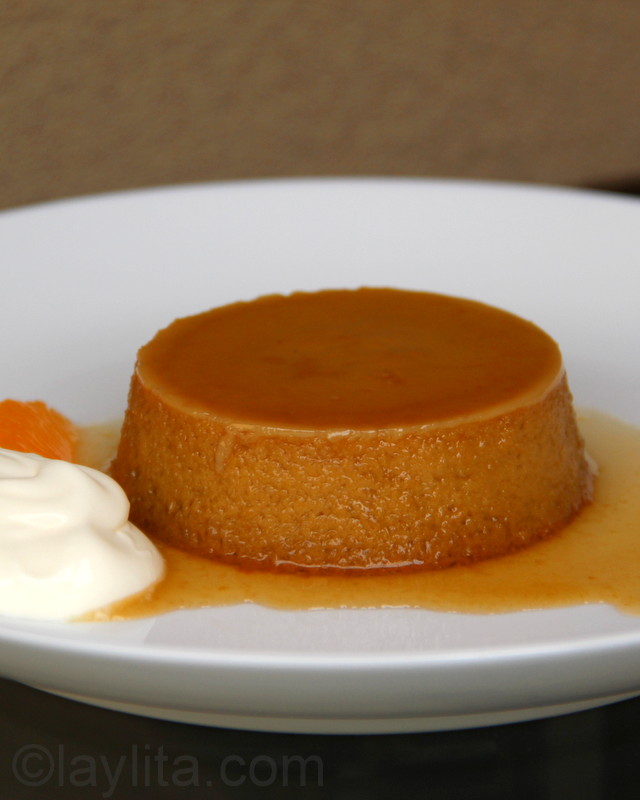