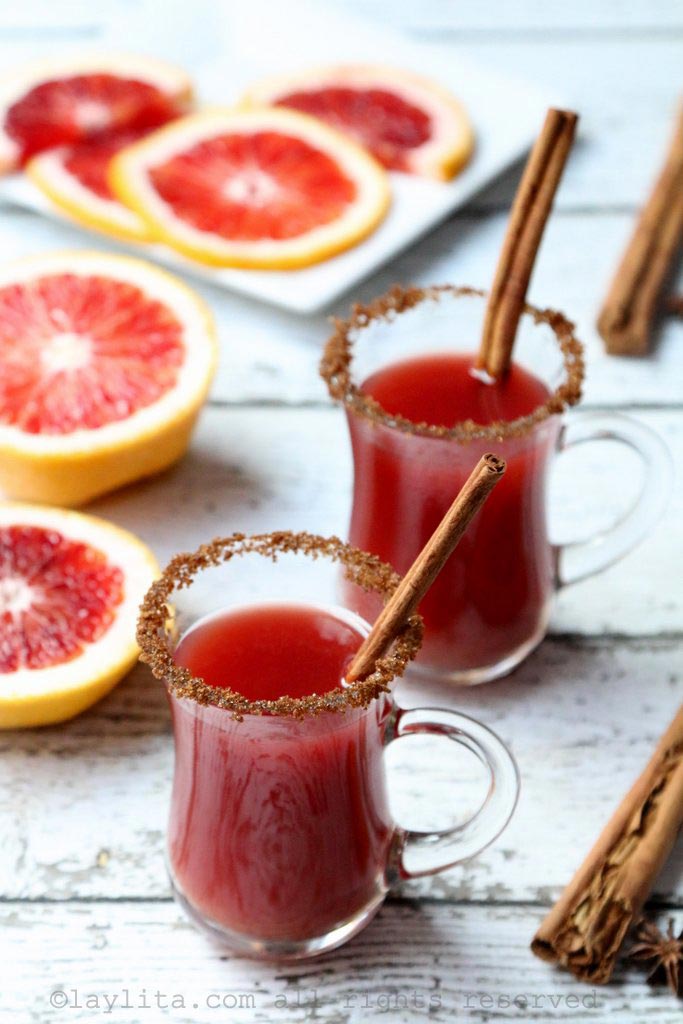 This hot spiced blood orange cocktail is a variation of the classic Ecuadorian canelazo drink. This warm drink is made with blood orange juice, cinnamon, a mix of spices (cloves, anise, and all spice), and rum or aguardiente. Aguardiente, a sugar cane liquor, isn’t always easy to find outside of South America – especially the Ecuadorian punta variation, but rum makes a good replacement for the aguardiente in this cocktail. I decided to infuse some aguardiente with cinnamon sticks to give it an extra kick of spiced flavor – you can do the same or use spiced rum. However, since this warm blood orange drink is simmered with cinnamon it will have a nice cinnamon flavor even with regular rum or aguardiente. 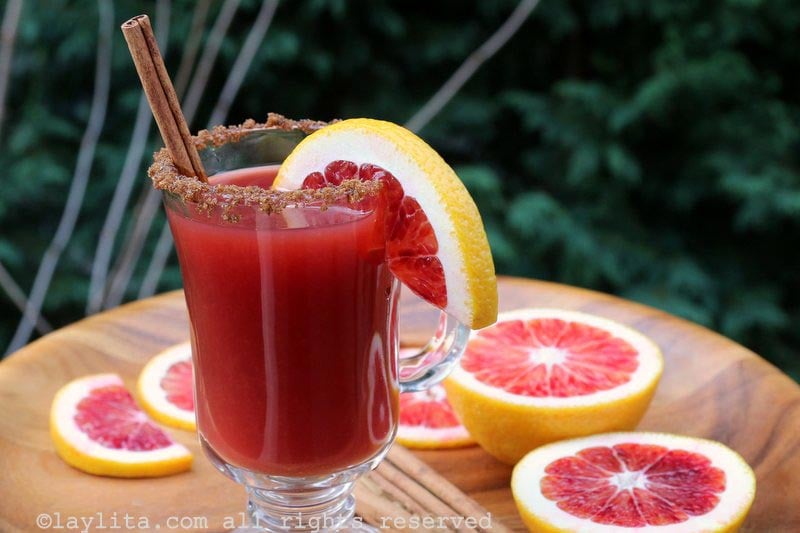 For a mocktail or kid friendly variation simply omit the rum/aguardiente. 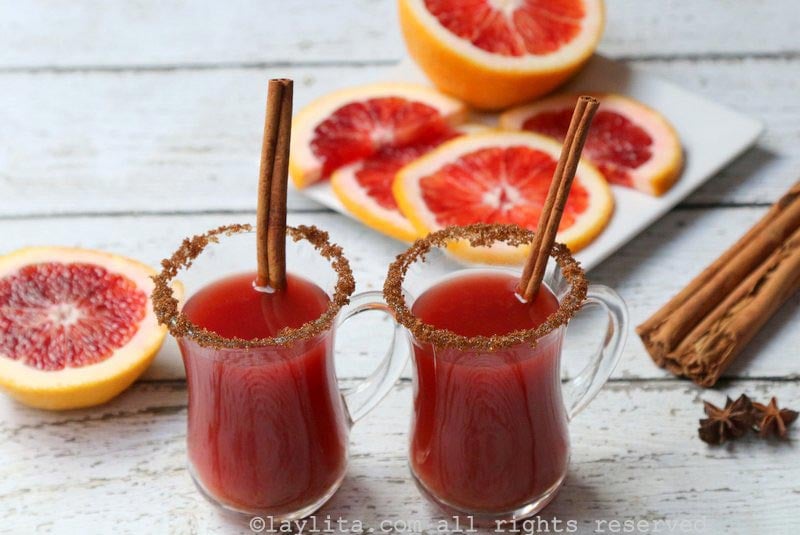 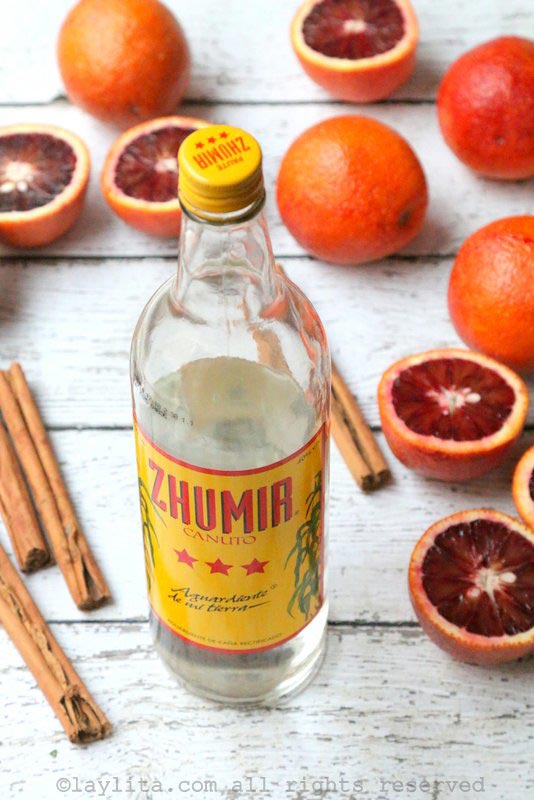 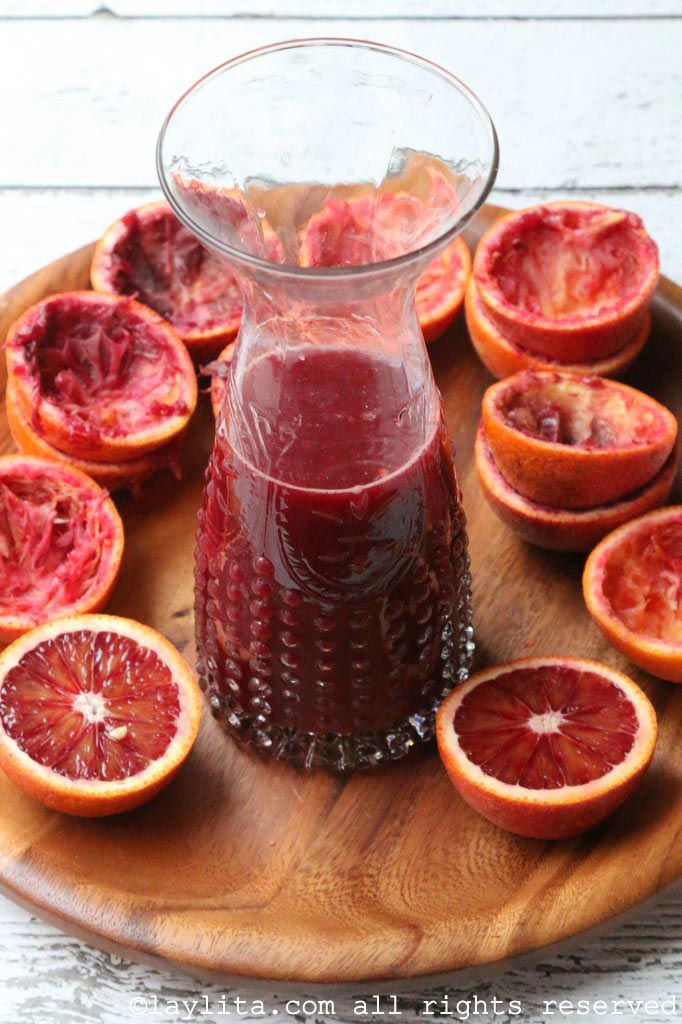 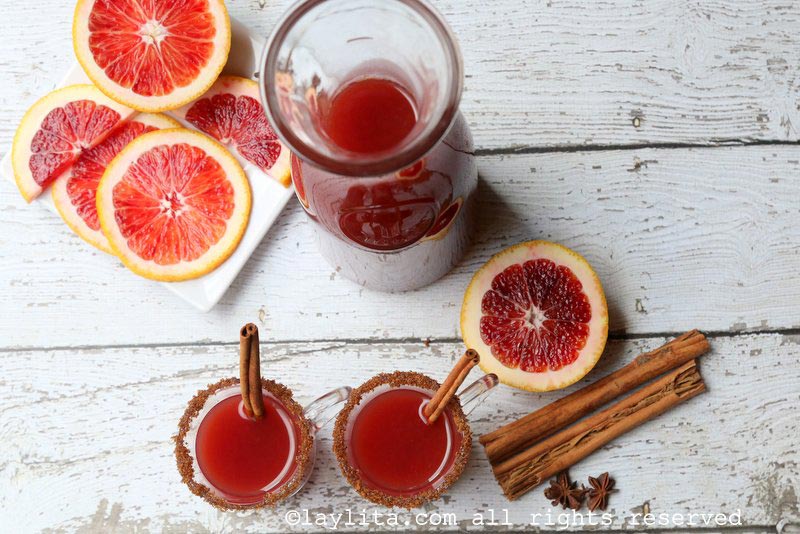 You can also make this warm cocktail with regular oranges, or if you really want the bright red color and can’t find blood oranges, you can blend regular orange juice with raspberries – then strain and use it in place of the blood orange juice. This drink also works great as mocktail or non-alcoholic citrus mulled drink, simply leave out the rum. I’ve included guidelines in the recipe below for the amount of rum that you can add to each drink. Cheers! 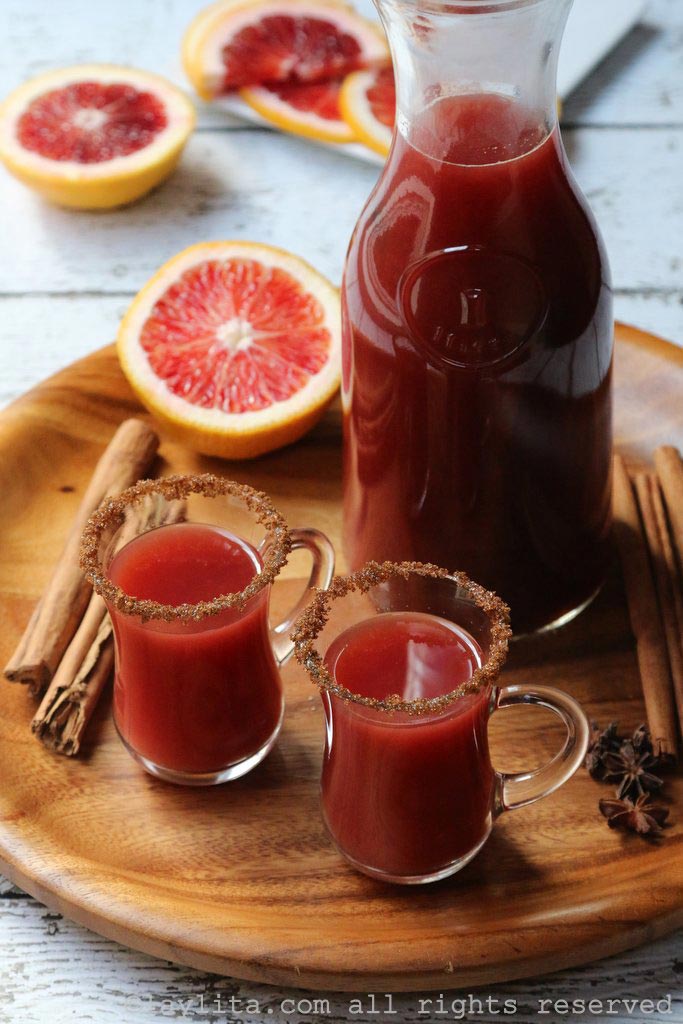 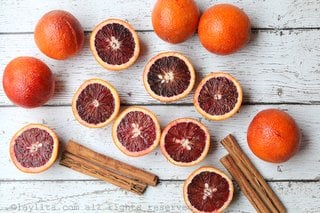 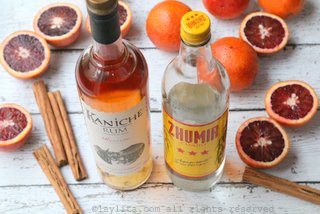 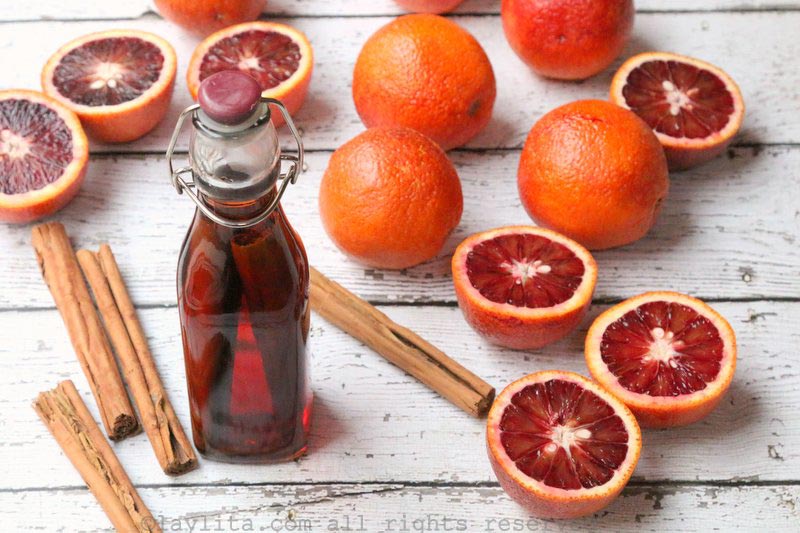 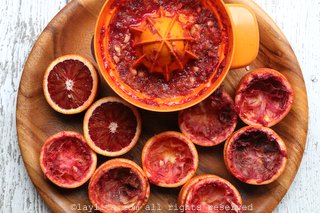 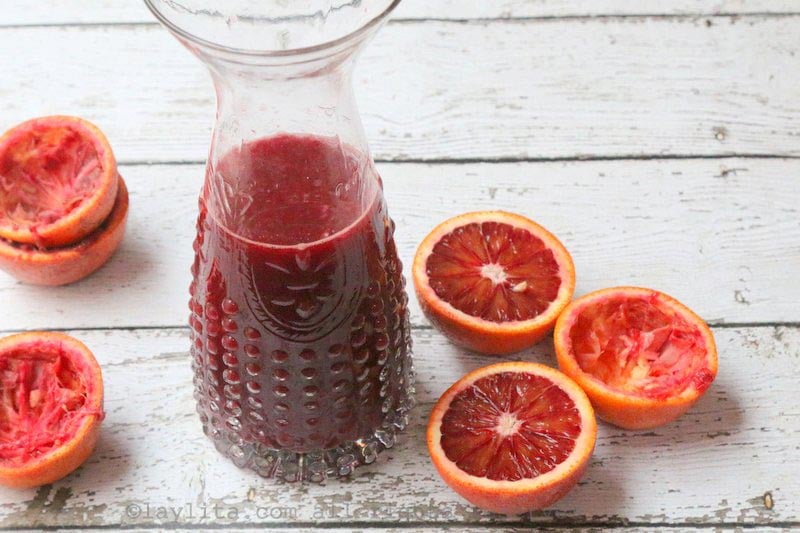 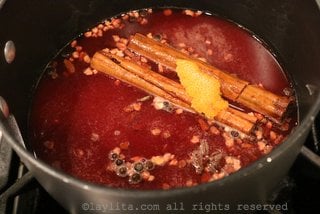 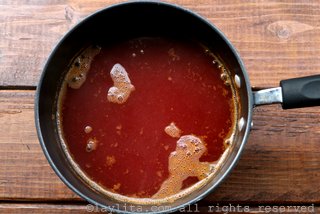 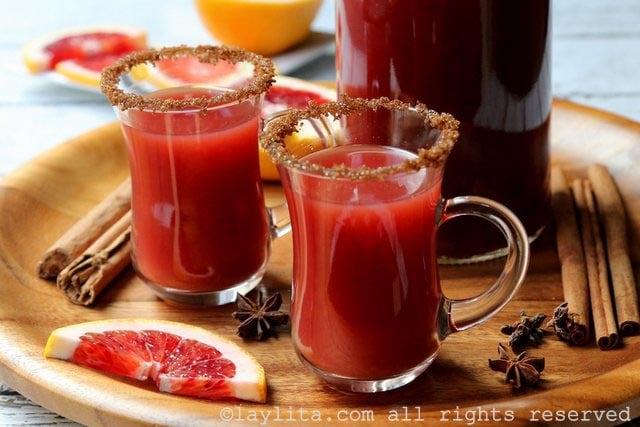 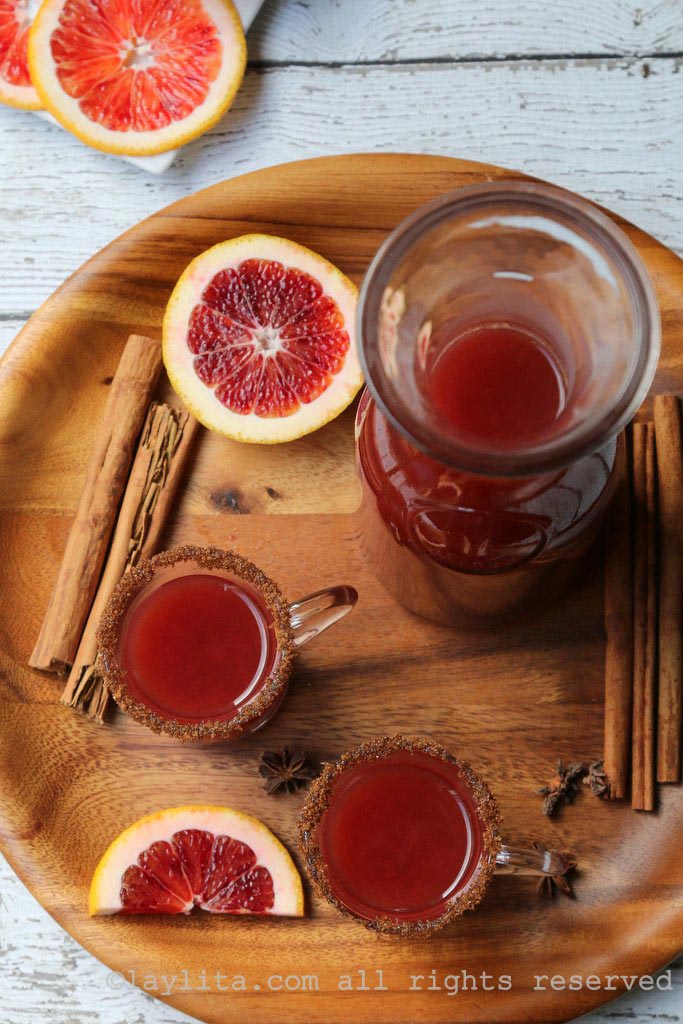 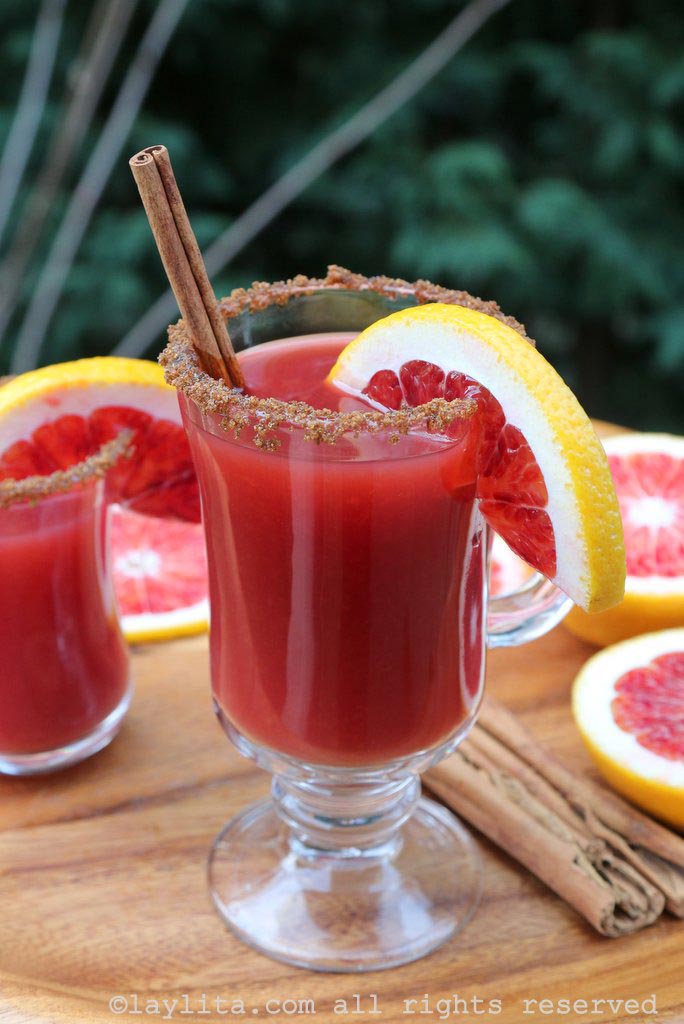