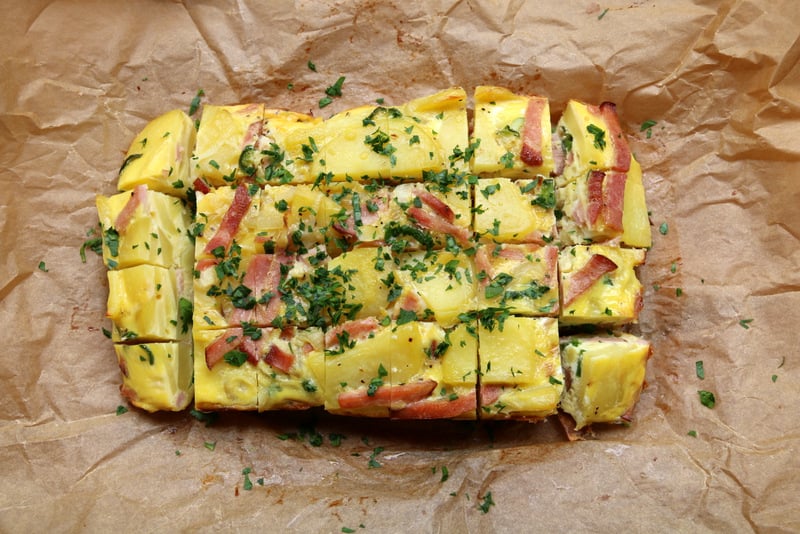 This recipe is my take on a homemade baked Spanish tortilla with ham and jalapeños. I love making Spanish tortillas – they’re very satisfying and of course very versatile: a tortilla can be served for many different occasions and is easily customized. As you might have realized I really like adding my own twist to classic dishes. Don’t get me wrong, I do enjoy the classic Spanish tortilla version made with just olive oil, potatoes, eggs, and onions. 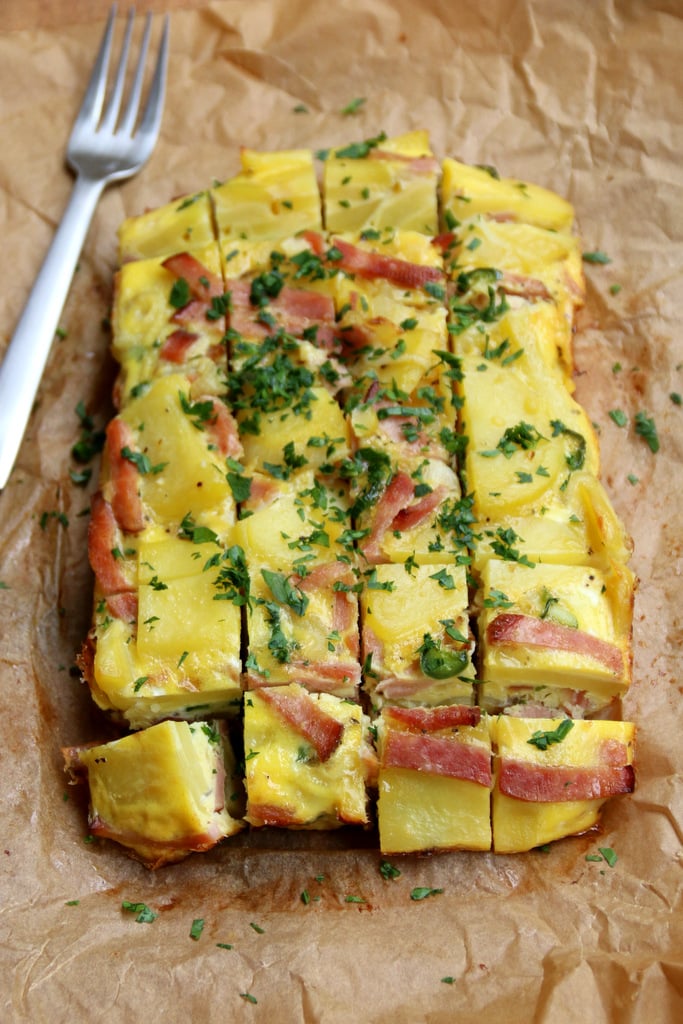 However, I’ve had it enough times and wanted to make something a little bit different, so I added ham and spiced it up with some jalapeños. If you’re not a fan of spicy food you can use a milder pepper like Anaheim peppers or just good old green bell peppers. And if you live somewhere where it’s easy to find Spanish Padron peppers then you also use those instead of jalapeños. 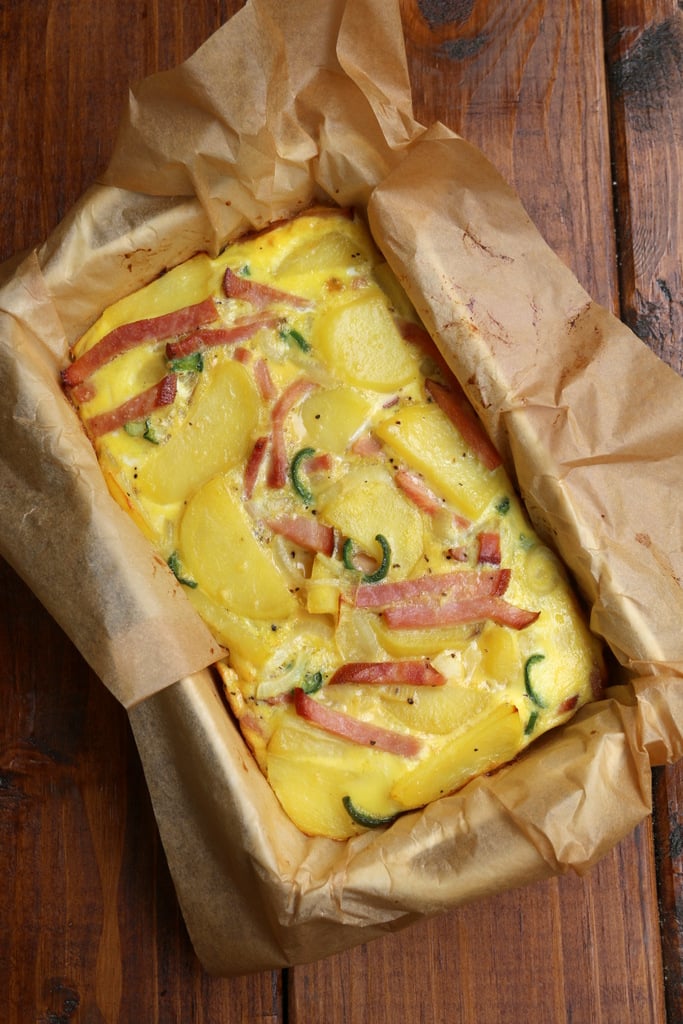 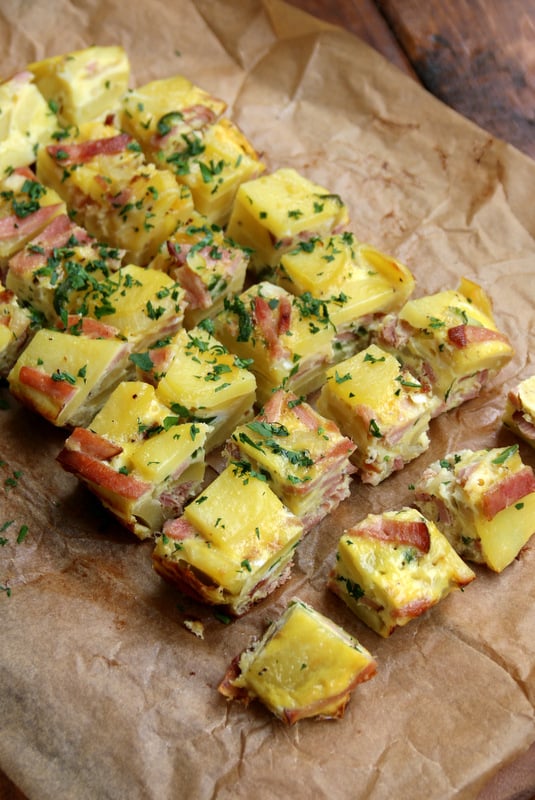 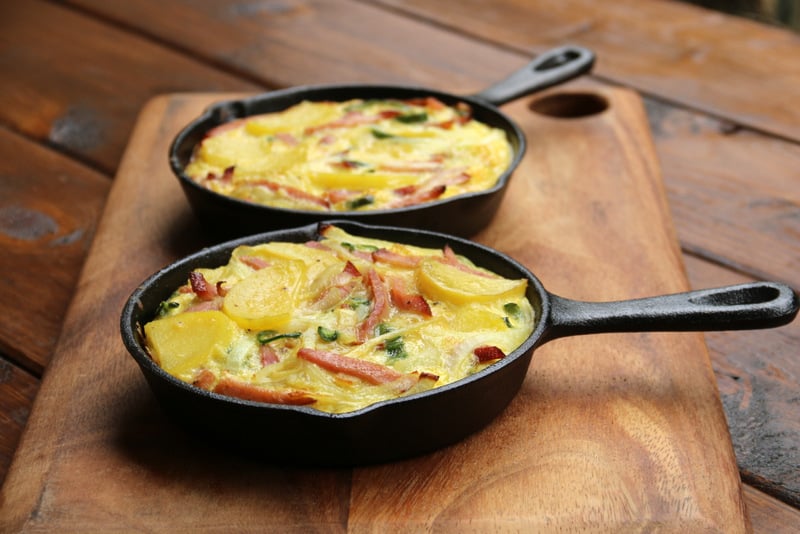 Spanish tortillas can either be fried or baked. I prepared this tortilla using a hybrid method, where I cooked the potatoes with the onions, garlic, ham and jalapeños in a frying pan – with a lot less oil than is usually used to prepare the traditional Spanish tortilla. Then I mixed the cooked potato mix with the eggs and baked it in the oven until the eggs were fully cooked. You can also cook it in the pan, but I personally prefer the oven because it cooks it evenly and you don’t have to worry about messing up the tortilla when you flip it over. 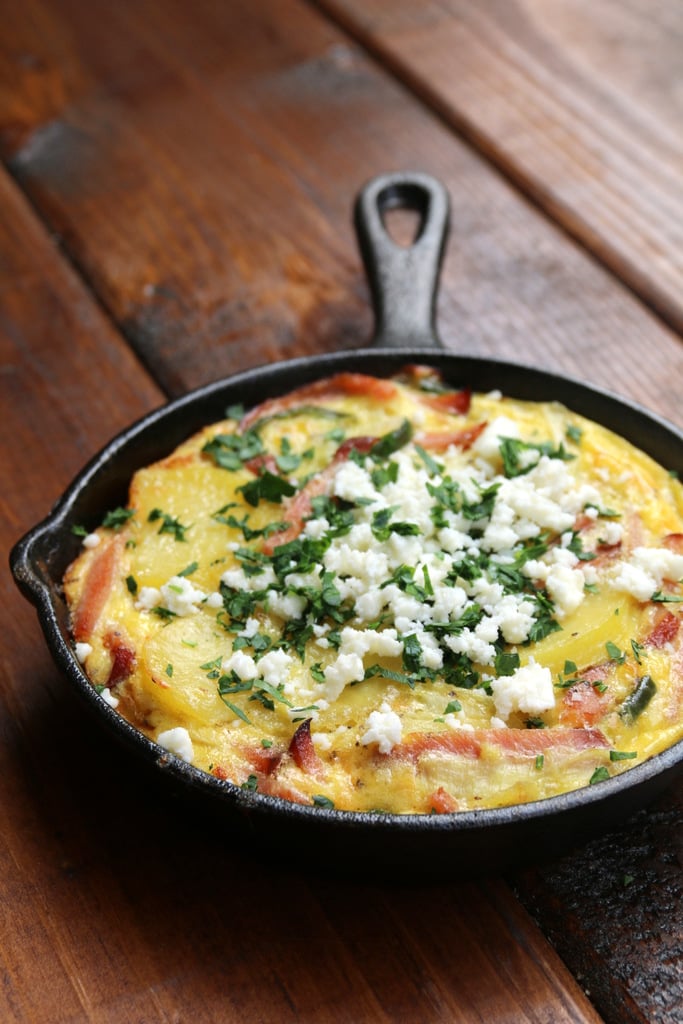 This Spanish tortilla with ham can be prepared for breakfast or brunch. You can also serve it as an appetizer; it can be served warm right out of the oven or also cold. For regular meal sized servings you can cut into large slices or bake it in individual molds. I baked it in a rectangular baking pan, but it can also be baked in a round baking pan, and sliced the same way as a pizza or pie.

For appetizer or tapas style servings you can cut it into small square bite size pieces. For a fun brunch meal you can bake it in small cast iron skillets or large ramekins. You can serve this Spanish tortilla with ham directly as is or also sprinkle it with chopped parsley and/or queso fresco. 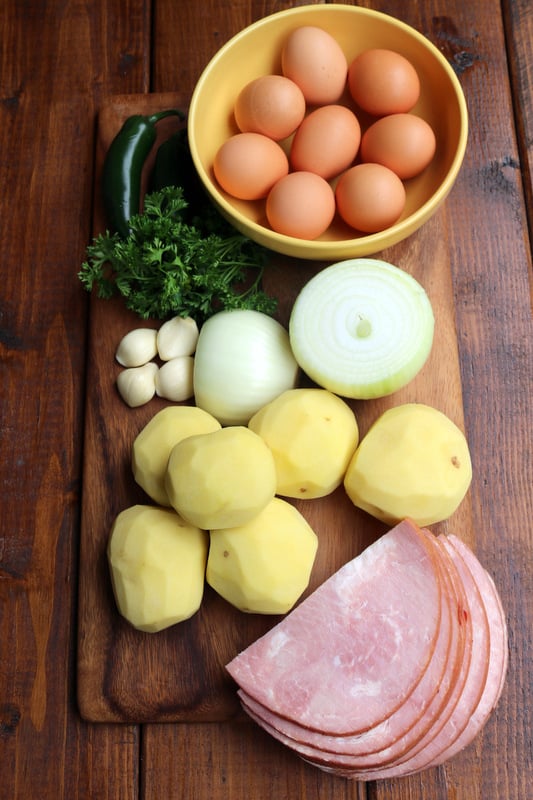 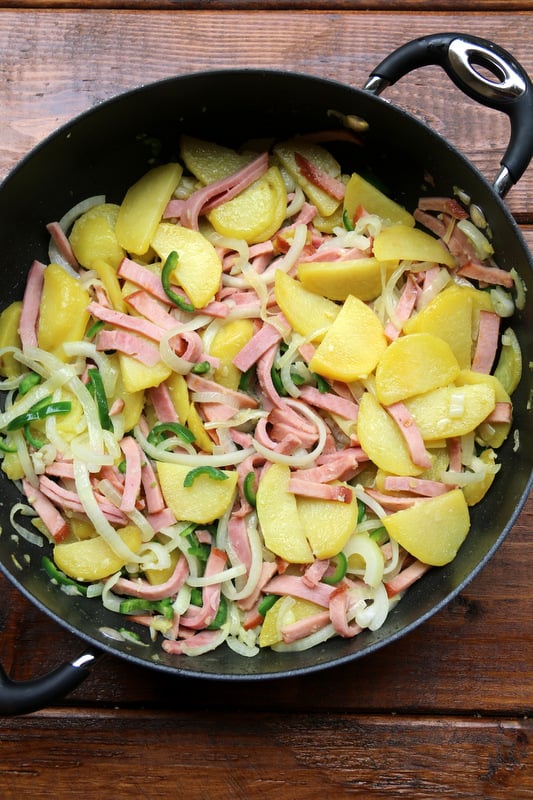 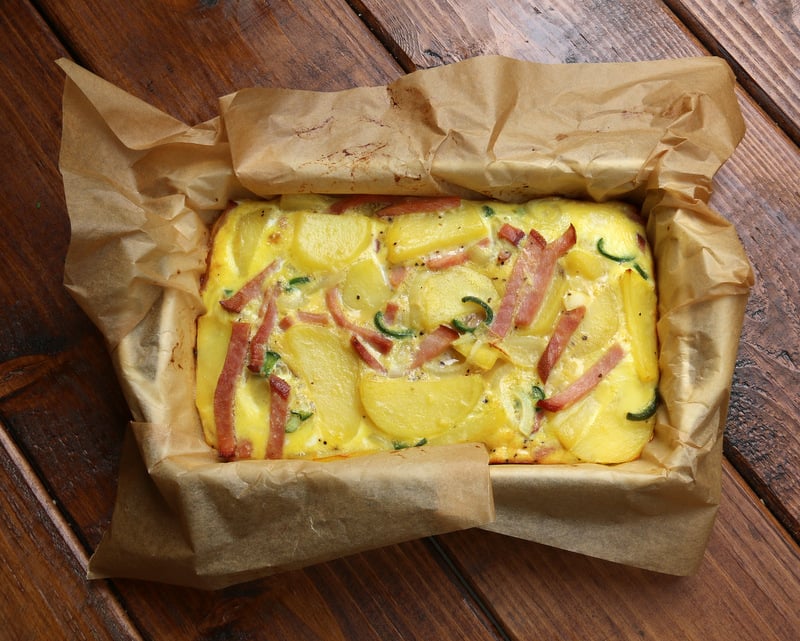 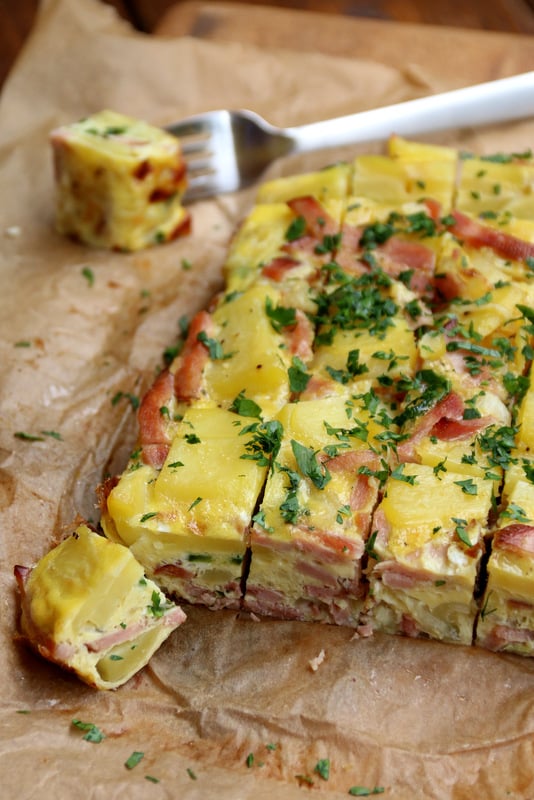 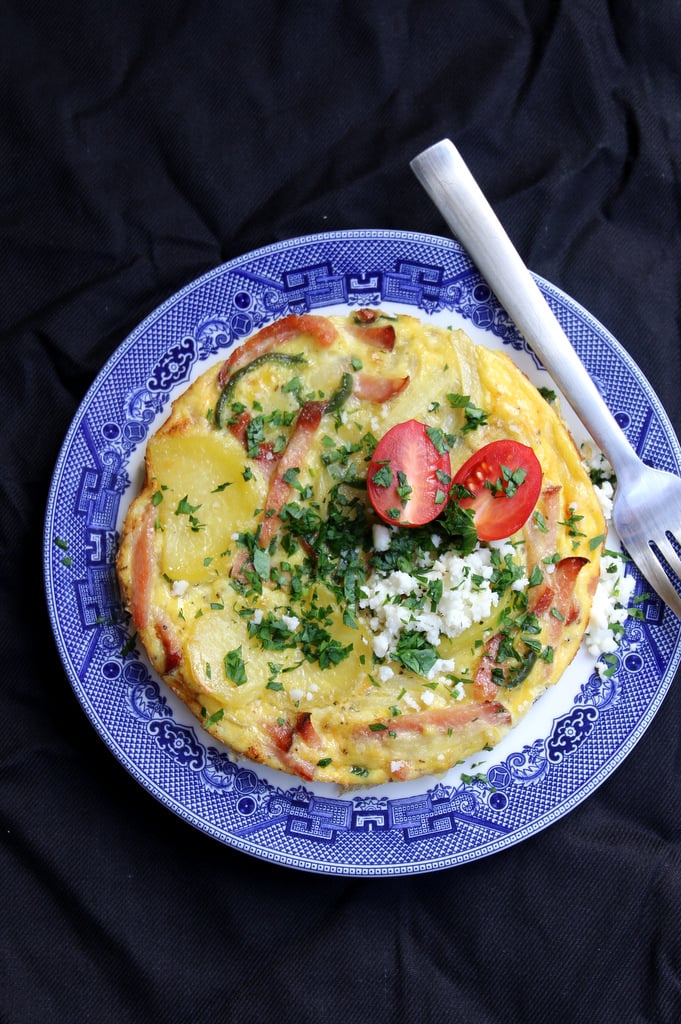 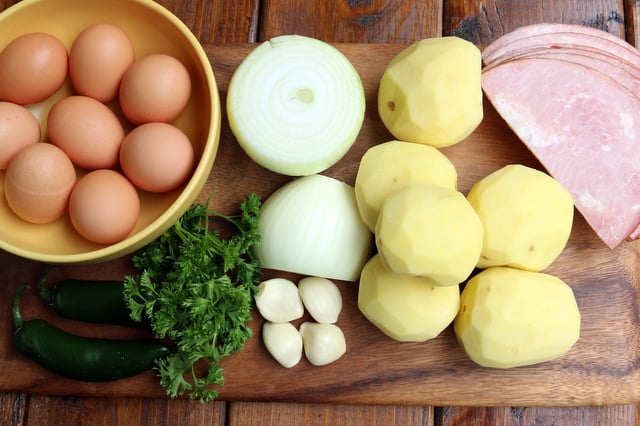 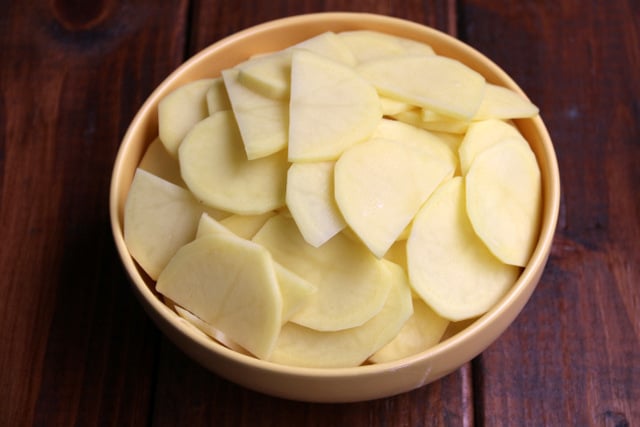 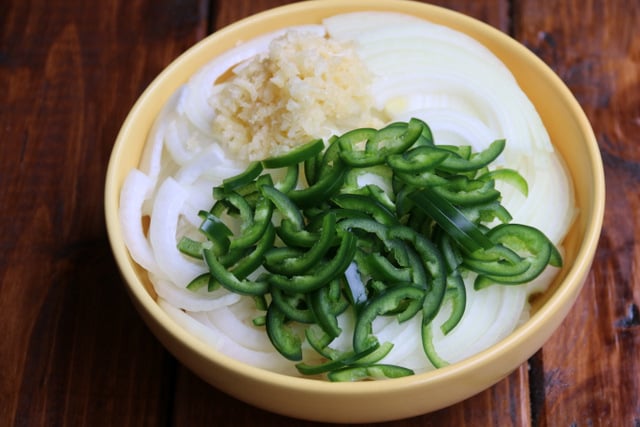 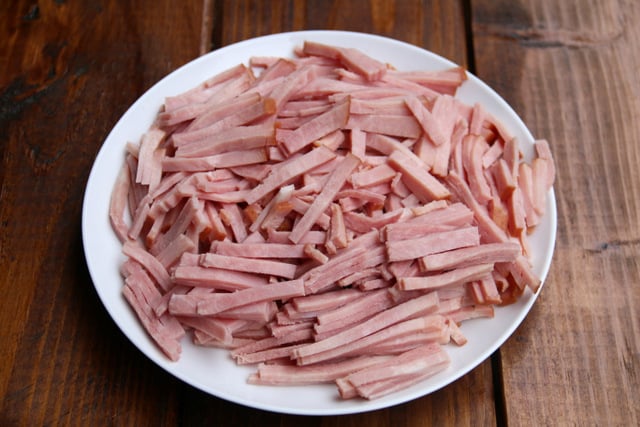 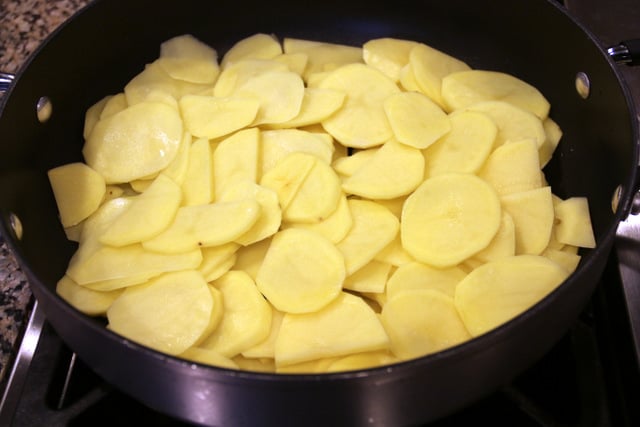 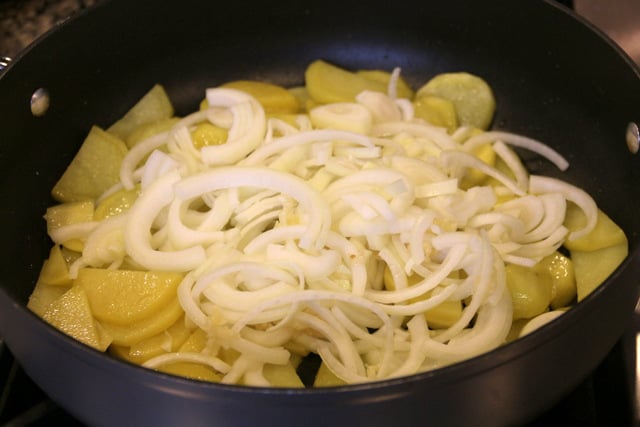 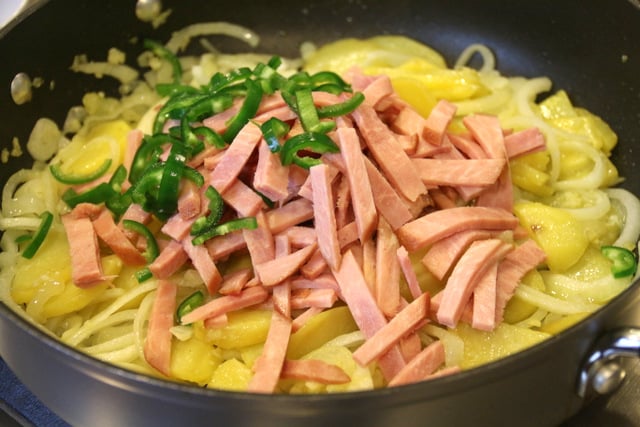 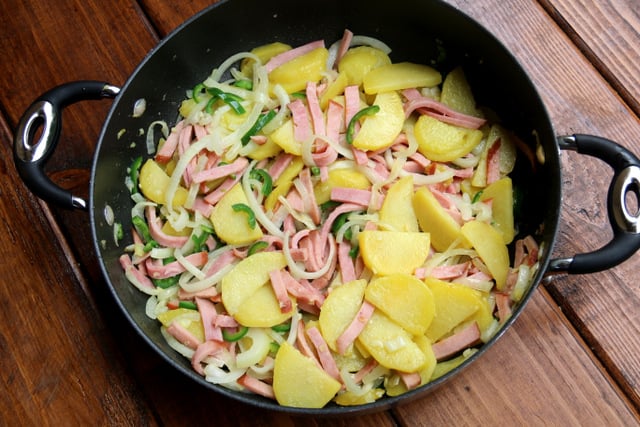 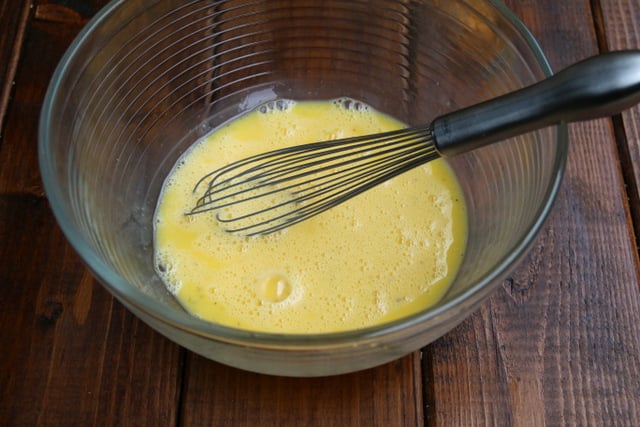 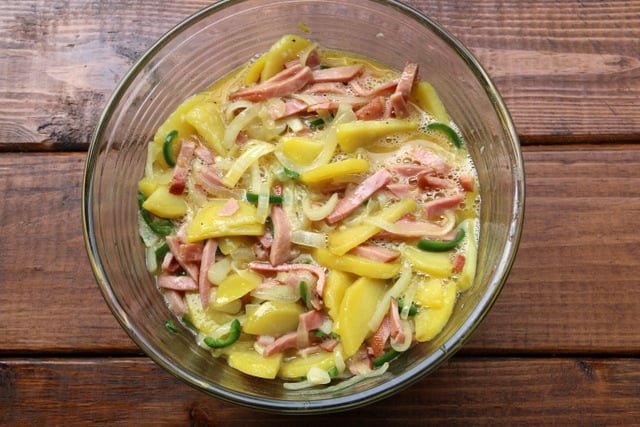 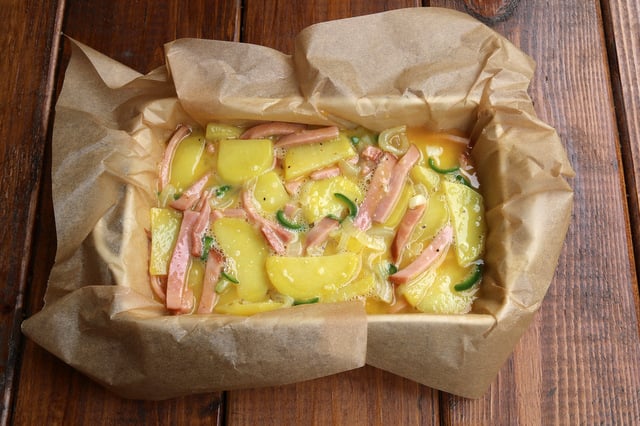 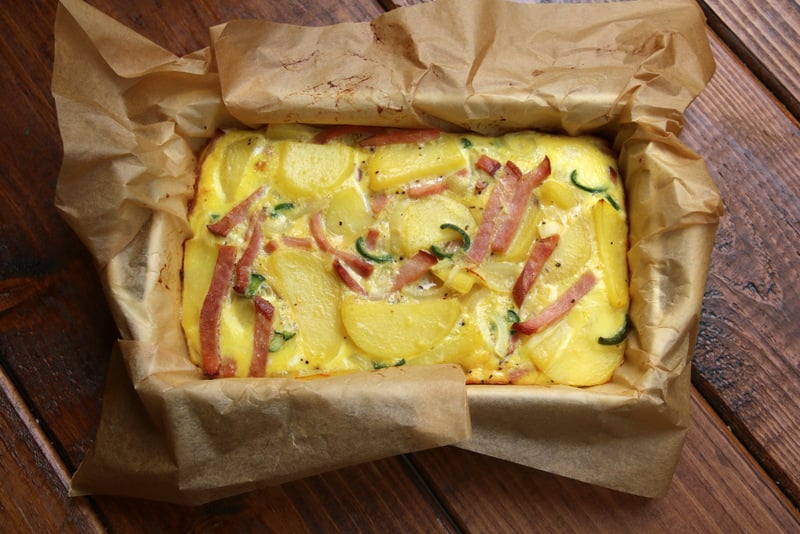 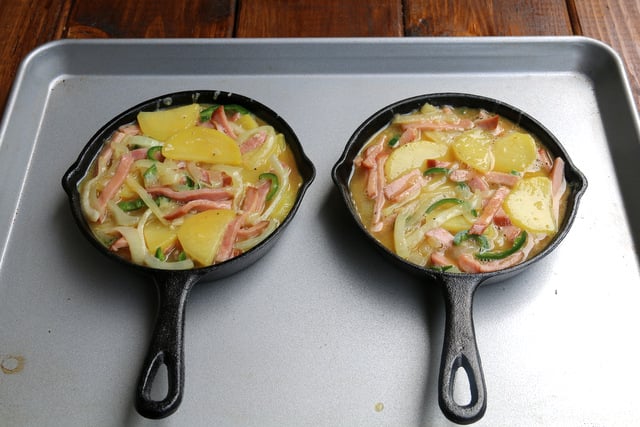 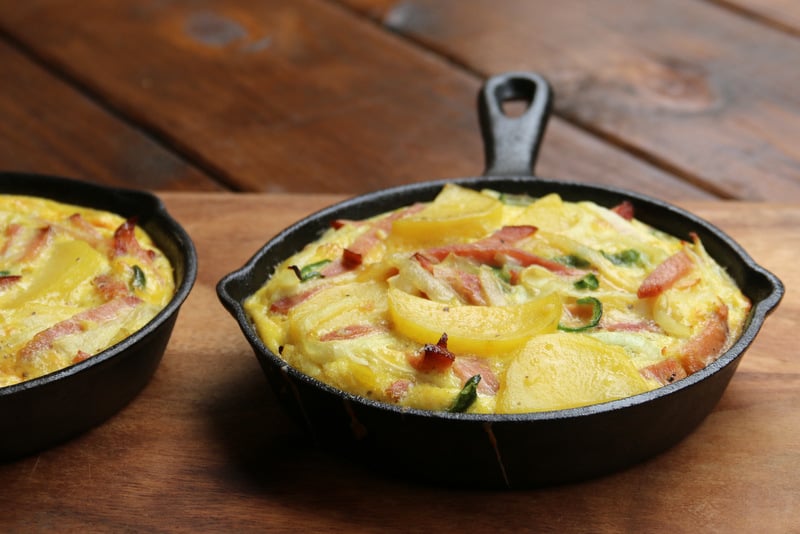 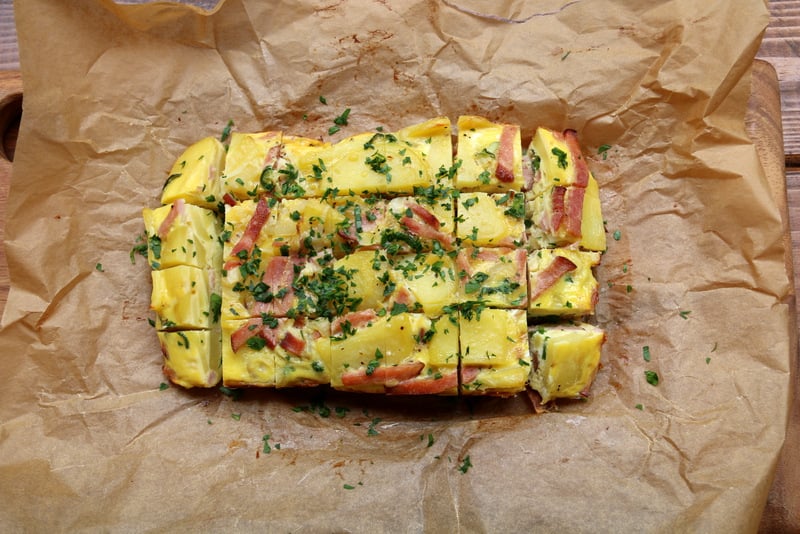 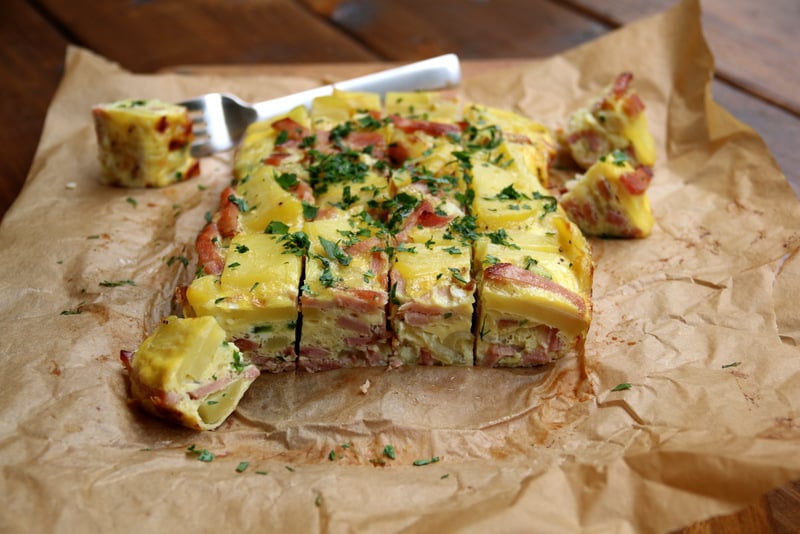 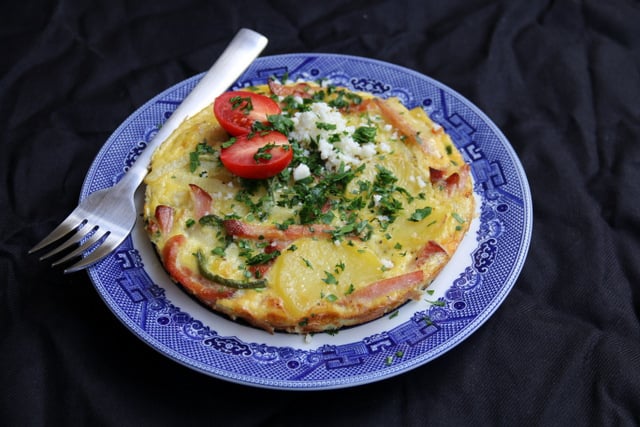 *Disclosure: This Spanish tortilla with ham recipe was created for Smithfield and I received compensation for this sponsored post. All photos, recipes, opinions and ideas are 100% my own.