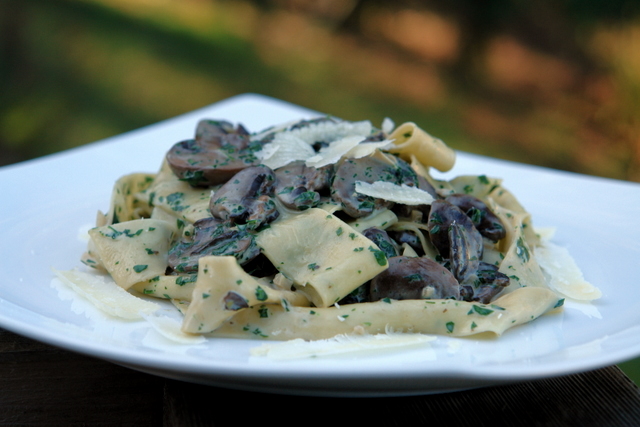 If you’ve ever been to Vilcabamba in Ecuador then chances are you might know Gavin, also known as the guy from the New Zealand.  A few years ago when we were in Vilcabamba, Gavin invited as to dinner (on the condition that we bring wine and do the dishes). Gavin was making pastas with a mushroom, garlic, cream, wine and parsley sauce. So, the night was going well, a lot wine and entertaining (very entertaining!) conversations, and then when it was time to boil the pastas. Gavin tells Nicolas about the way his Italian friend opens the pastas, which was banging the packet on one’s knee, well Gavin tried this and at the same time hit the pan with the sauce in it and everything ended up on the floor.

Gavin was very upset with himself and while Nicolas tried to console him, I went to the store to get some more mushrooms. When I got back, they had decided that it was just fine to scoop the sauce of the floor and cook it up again! I was somewhat shocked at first, but I was also starving so I ate the pastas and they were very good. We have saying in Spanish that if doesn’t kill you it will just make you fatter.

So, while I don’t recommend throwing the sauce on the floor, these pastas are one of those perfect meals when you trying to figure out what to do with that pack of mushrooms and that bunch of parsley. Just be careful if you try opening the pastas by banging them on your knee, and have a toast to Gavin, the guy from New Zealand.

1lb pastas, cooked according to package instructions or personal preference 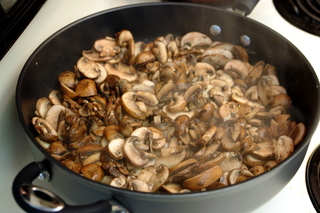 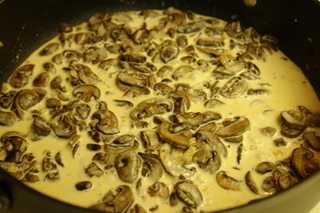 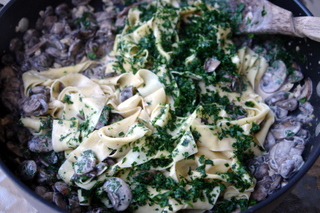 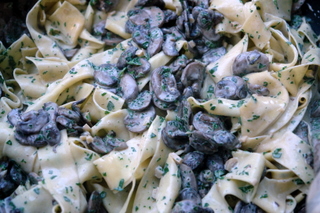 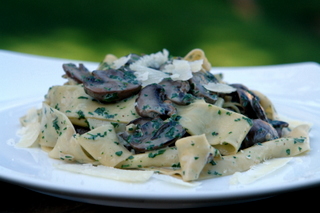 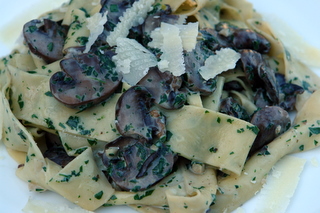