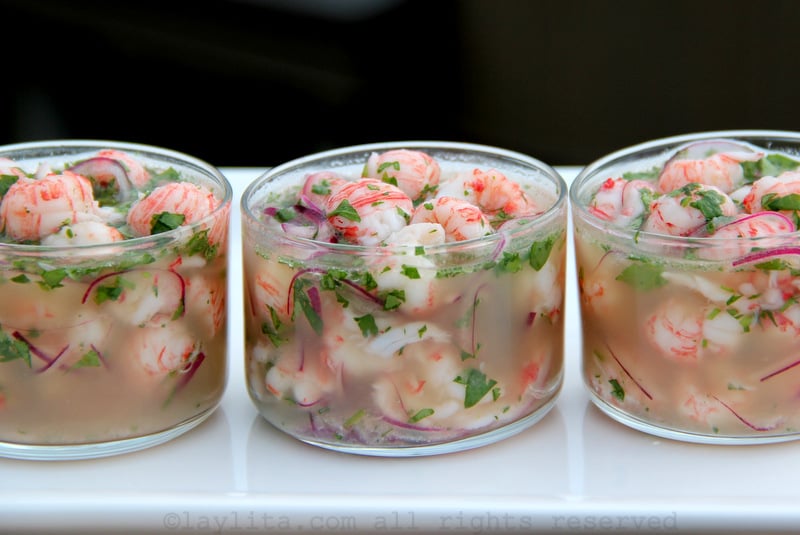 I love ceviche ( I say this every time that I post a ceviche recipe). This langostino ceviche is one of my favorite ceviches, it’s very simple and doesn’t have all the other ingredients that are in a classic shrimp ceviche, but it really doesn’t need them, the langostino meat matches perfectly with the lime juice, onions and cilantro. While the ceviche is marinating, the langostino is slightly infused with hot peppers and garlic.

If you always wanted to try ceviche, but are skeptical to try fish ceviche because of the raw fish, then this is a great option to introduce you to ceviche. The langostinos are fully cooked, so any risk that you might face with raw fish is eliminated. 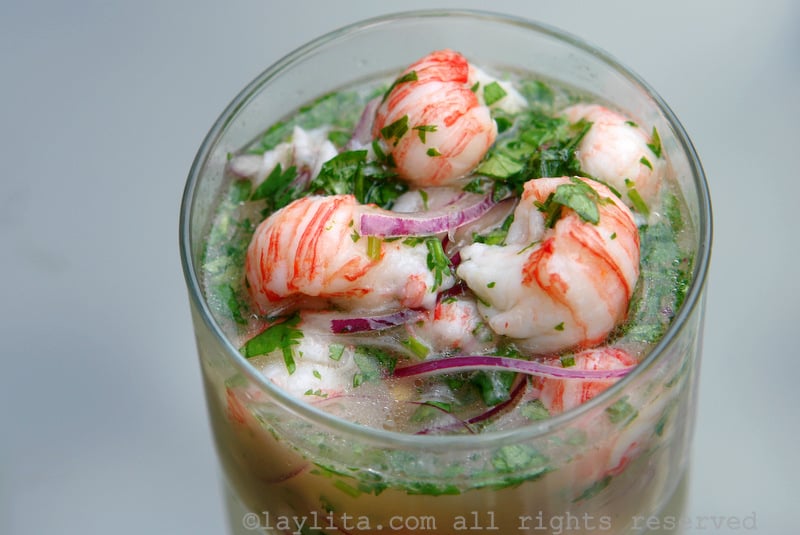 I always recommend serving ceviche with something crunchy to create a contrast with seafood, the most typical sides for ceviche are chifles or thin green banana/plantain chips. Another popular side are patacones or tostones, which are thick green plantain chips. Tostado or South American corn nuts are also a great accompaniment for ceviche. Popcorn also works well, but I would try to use one of the first options and save popcorn as the last option.

One of the best parts of the ceviche is the lime juice; it absorbs the flavors of the seafood, the onion, hot peppers, garlic and cilantro. After I eat the seafood, I like to either drink the juice or mix with some crushed chifles or tostado. Mouthwatering!