These Swiss chard, beet and goat cheese empanadas, or empanadas de acelga, remolacha y queso de cabra,  are the result of over shopping at the Farmers’ Market, and a successful kitchen experiment.

I was thinking that Swiss chard and goat cheese would go well together in a pasta dish or maybe a pizza. It just happened that I forgot that I also bought a bunch of beets at the same stand where I got the Swiss chard. When I unpacked the ingredients, I thought about what to make with the beets, and decided to add them to whatever I ended up cooking, which turned out be these vegetarian empanadas.

I have to admit that I was somewhat skeptical about these when I was making them. I thought the stuffing tasted good but still wasn’t sure how they were going to turn out. I tasted them when they were done baking and liked them, but wondered if anyone else would (I usually like to eat everything I taste).So I took one to Nicolas and he loved it. 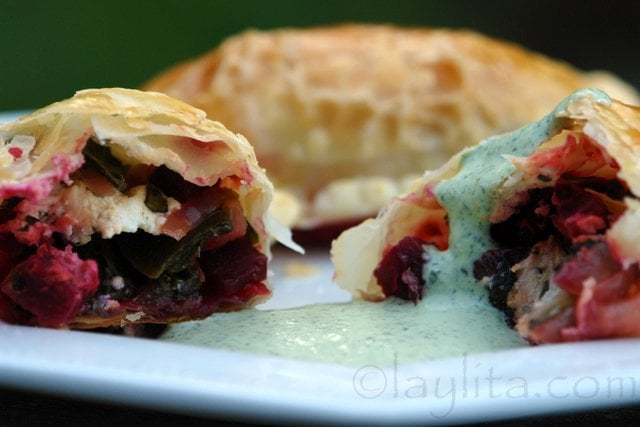 Then I remembered that I had some leftover minty crème fraiche sauce that I made earlier. I tasted a piece of these Swiss chard, beet and goat cheese empanadas with the creamy herb sauce and it was just perfect. These empanadas were really easy to make, especially since I cheated and used the store bough empanada discs. Next time I will try them with homemade empanada dough. If you buy beets that have the greens included, you could also use the beet greens in place of the Swiss chard – to be extra efficient with your use of ingredients. 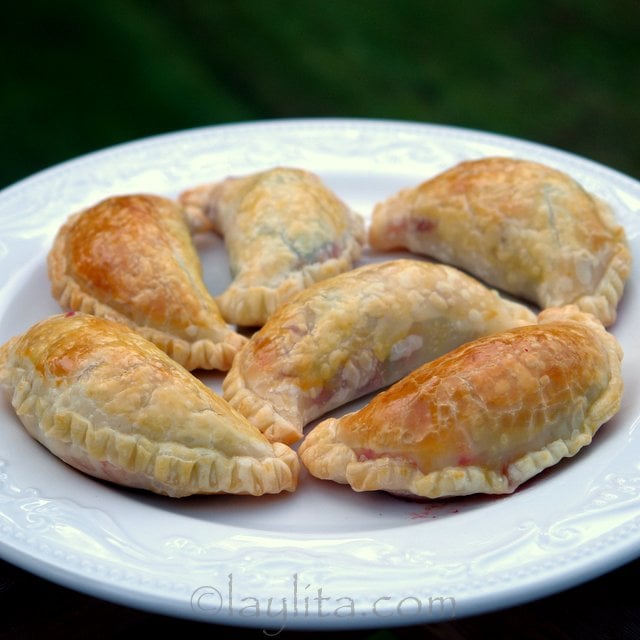