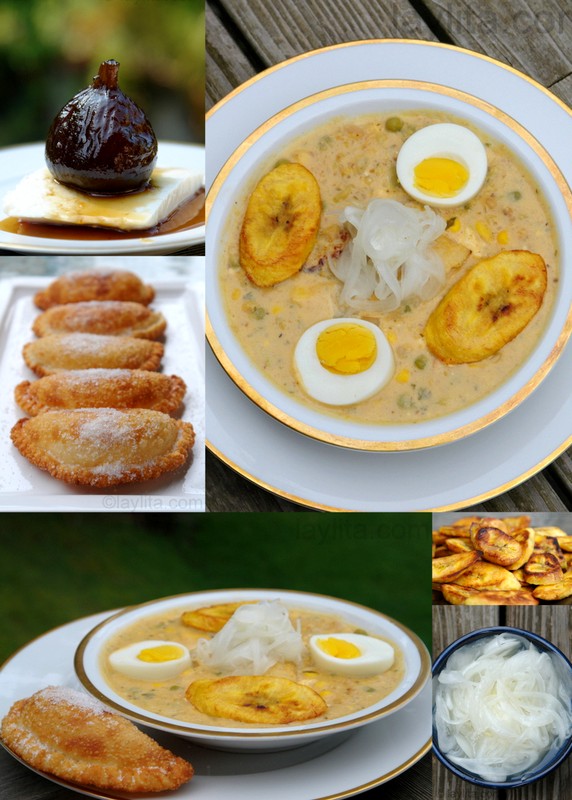 Semana Santa or Easter is a very important holiday in Ecuador, throughout the country there a many different celebrations that include processions, special ceremonies and other events. As most holidays in Ecuador –and Latin America, Lent and Easter have a strong connection to food. The most important dish for Easter in Ecuador is a thick soup called fanesca. Traditionally fanesca is mean to be eaten on Holy Thursday, think Last Supper, however it has become a popular dish and you can find it in many restaurants on the menu during the whole week, and some places even start serving it from the start of the Lent season (40 days before Easter). Fanesca is made with salt cod, many different types of beans and grains – both fresh and dry, squash, spices, and many other ingredients. This soup requires a lot of prep work: the fresh grains needs to shucked and cleaned, the salt cod needs to soak for 24 hours, the grains and vegetables are cooked separately. The assembly of all the ingredients is the easiest part of making the soup.

There’s a rumor that fanesca should include 12 grains/vegetables to represent the 12 disciples, and that the fish represents Christ. The origin of fanesca is uncertain, some claim it originated in Ecuador during the Spanish colonial times, and others claim that its origin comes from Spain or Portugal. The skeptics believe it is originated due to the timing of Easter coinciding with the harvest season of many Andean grains and vegetables, since meat was restricted due to Lent it made sense that these became the main source of nutrition during Lent. My personal (and completely unverified) theory is that fanesca is likely a combination of Inca, o even pre-inca, harvest or fertility celebrations, hence all the Andean grains and vegetables; the salt cod was likely added during the colonial days , and the 12 grains = 12 disciples was the justification for allowing the fusion of a pagan custom with a Catholic one. Again, this is just my theory that tries to piece together the different stories around the origin of fanesca. 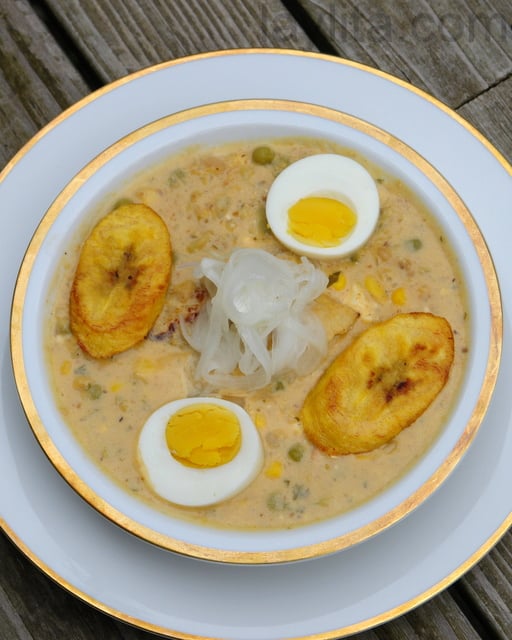 Fanesca is served with must-have sides of fried ripe plantains, queso fresco, hard-boiled egg slices, lime pickled white-onions, empanadas de viento (fried cheese empanadas), and masitas or fried little pieces of dough. The masitas are made from the same dough used to make the fried empanadas. Another important dish that is served after the Fanesca – or sometimes with it – is an Ecuadorian mashed potato dish called molo. For dessert, the most popular choices are either dulce de higos or candied figs in syrup, and arroz con leche or rice pudding. Overall, it is a very heavy meal, so for dessert I sometimes like to opt for a lighter more refreshing dessert called come y bebe, which a type of drinkable fruit salad. Another dish that is very popular during Easter, but not necessarily served with the fanesca meal are steamed savory corn cakes, called humitas. The delicious little parcels are made with a fresh ground corn mix, stuffed with cheese and steamed while wrapped in corn husks. 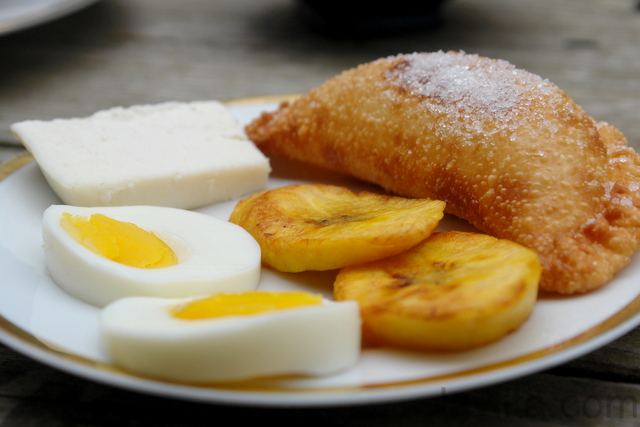 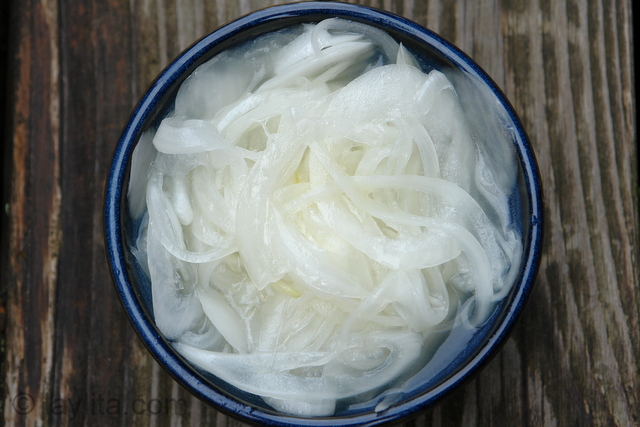 Growing up in Ecuador, but with American parents – and in a community of foreigners, I feel like I had the best of both worlds. I experienced all the local customs around Easter and helped prepare fanesca (usually the kids had the job of peeling all the fresh beans and grains), but I also got a basket from the Easter bunny and participated in Easter egg hunts with some of the other foreign kids. I try to the same with my kids now, living in the US they’re clearly exposed to everything Easter bunny related, but I want to make sure that they understand the real meaning of this holiday and that they also learn about the customs that I grew up with in Ecuador. I’ve found that food is a great way to teach kids about traditions and customs, especially if you involve them in the preparation of the dishes.
Here are the links to the recipes for most the dishes mentioned above: 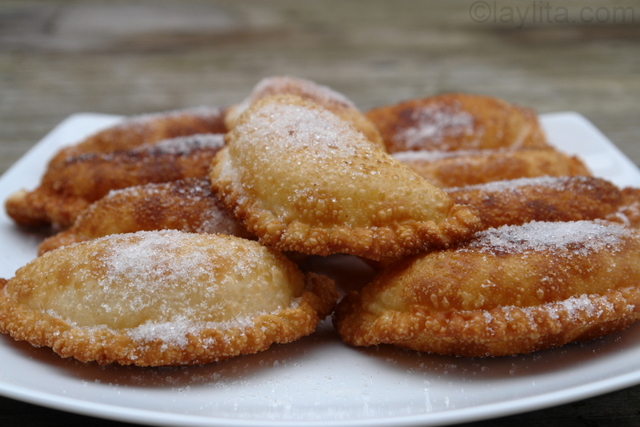 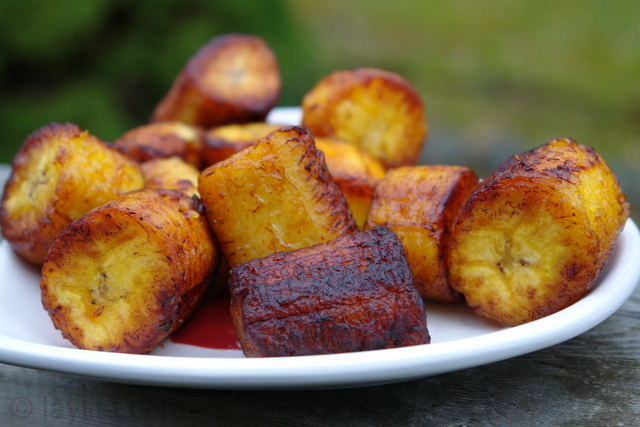 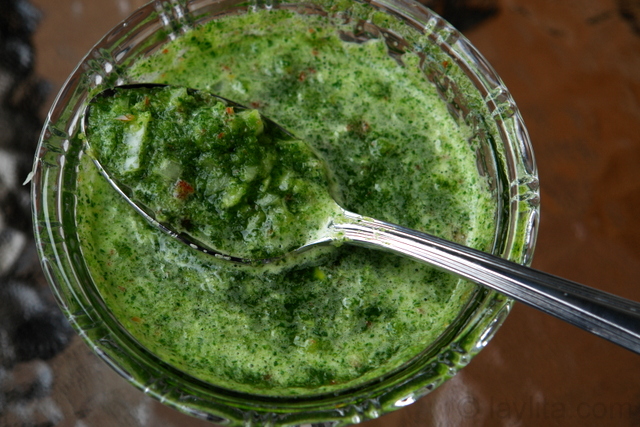 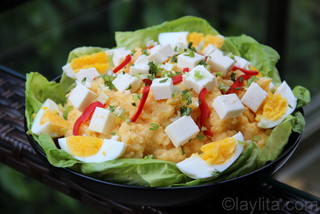 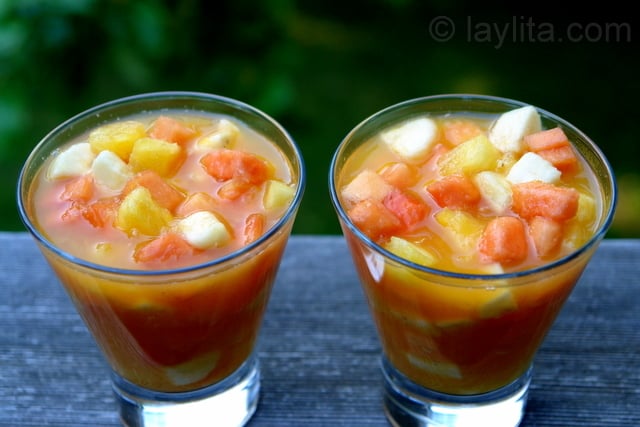 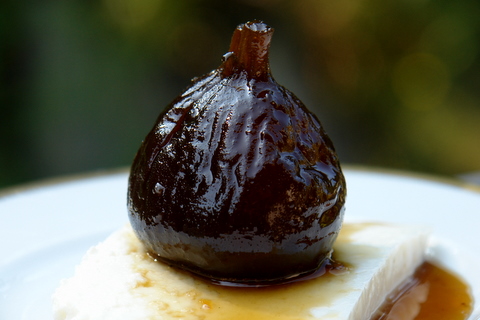