Home » All » By Ingredient » Quinoa » Cooking creatively with quinoa, rediscovering the mother grain from the Andes

Learn all about the history and origin of quinoa, the superfood from the Andes, plus ideas and recipes for cooking creatively with quinoa, thanks to this guest post from Michelle O. Fried. Michelle is an ecological public health nutritionist and an advocate for the nutritional value of the traditional food and ingredients of Ecuador and the Andes. 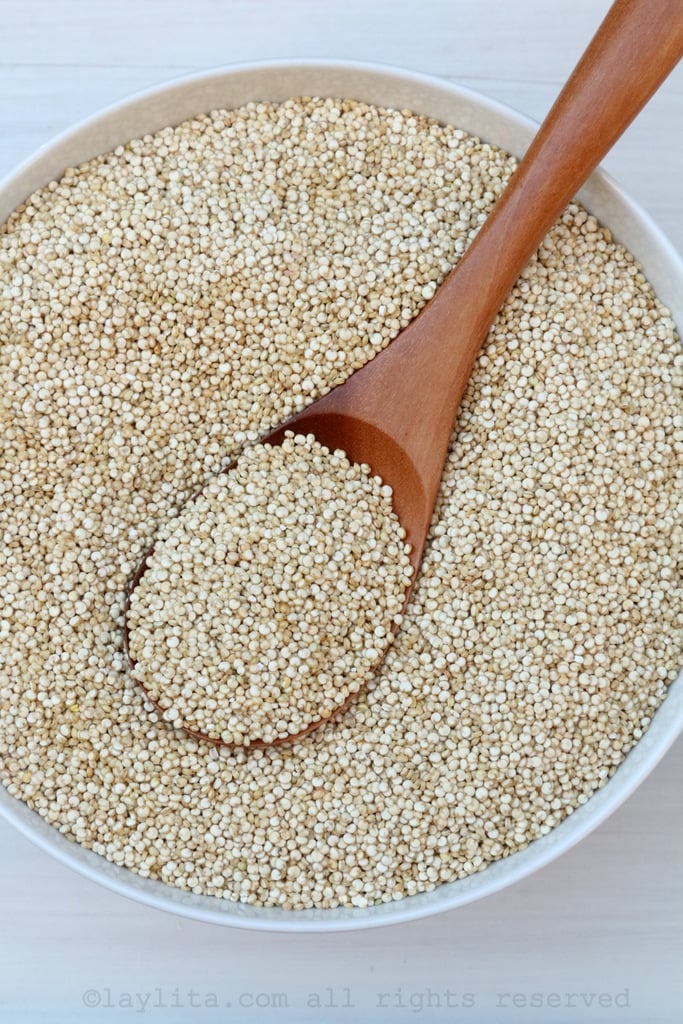 In many countries of the north, quinoa is acclaimed as a super food. And yet, it’s incredible that in many countries of the south, only recently are people beginning to appreciate its fantastic nutritive and culinary properties.
When traveling to Peru as a public health nutritionist many years ago, I first discovered the fascinating history and incredible nutritional properties of quinoa. I learned that during their conquest the Spaniards realized quinoa´s importance to the native populations and prohibited its cultivation. And indeed, even beyond its ritual and ceremonial use, quinoa was the mother grain, its protein quality being closer to mother´s milk than of any other food’s (including cow’s milk). Quinoa was used as a weaning food by women who have always had the role of nurturing the population. How did those women so long ago know what we in this scientific age are able to study now, learning that the excellent protein quality of quinoa is due to its chemical composition?

It turns out that quinoa is a complete protein with even more percentage of available protein than meat. Protein is necessary for growth, of the brain and muscles as well as repairing tissues. (Watch out though, because popping quinoa destroys the complete protein.) In addition, quinoa is full of fiber, so important for good digestion- and it’s gluten-free. Also, ancient populations enjoyed lightly cooking the young leaves of the quinoa plant that are full of protein and fiber, as well as Vitamin A and iron.
In the Andes, quinoa can grow at a much higher altitude than corn or potatoes. In those areas, long ago, quinoa was used instead of corn in a delicious somewhat thick drink, fermented “chicha”, always present then and often now in all community events. A wonderful property of quinoa is its ability to prosper in cold climates and in poor soils. Frost doesn’t destroy it and it requires no fertilizers or herbicides, making it a grain friendly to the environment. 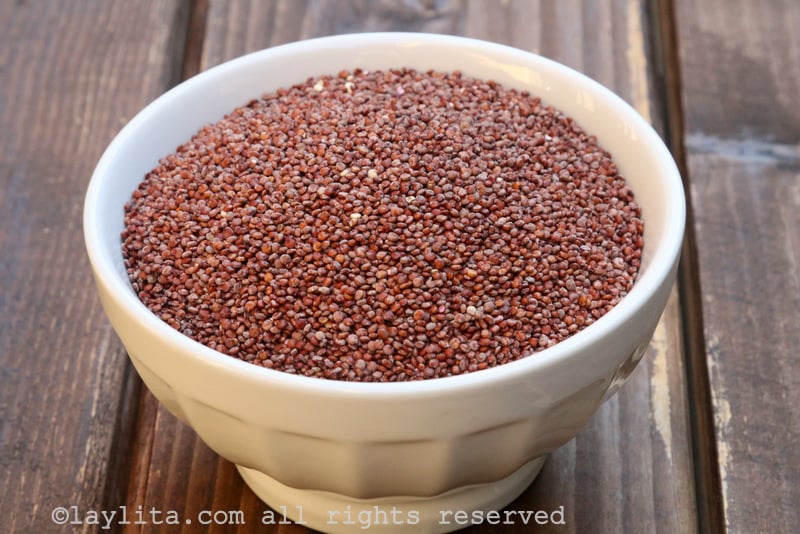 Upon my return home to Ecuador from Peru, I began searching for traditional quinoa recipes and began cooking it up in many innovative ways as well. I loved its nutty texture and its ability to make me feel delightfully full, with no heaviness at all. I used it to stuff roasted chicken, made a tabbouleh with parsley and mint from my garden, used it as the main ingredient in quinoa patties and put it in cakes instead of nuts. One of the most successful ways I was able to promote its general consumption in Ecuador was to mix it with rice to make a type of pilaf. Thus the daily rice consumption was improved by adding wonderful quinoa. 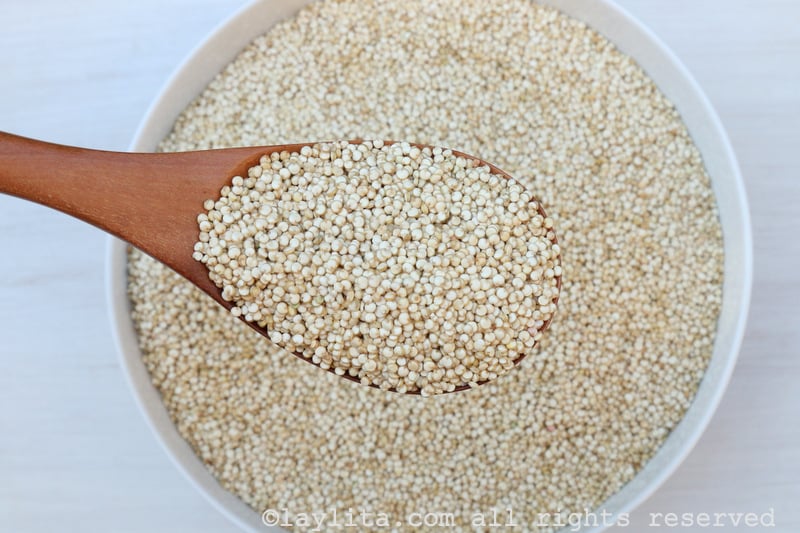 In fact, so many friends loved my quinoa recipes that they requested I add a quinoa chapter to an already best-selling cookbook Comidas del Ecuador; I began to be known as Señora Quinoa.
Thankfully, today, quinoa has become widely accessible and creative cooks such as Laylita are developing recipes to enjoy it in salads, soups, entrees, and even desserts. Even though quinoa is native to the high Andes, these days varieties of quinoa can be grown also at sea level and are found all over the world to be relished in many delightful preparations.

When possible, I buy only directly from producers, or at least buy organic and fair trade quinoa that is now easily available. Years ago, it was necessary to wash or rinse quinoa, to remove saponin, a natural bitter covering, (that protects it from birds who love quinoa). However now, most quinoa is either from a sweet variety or has been carefully processed to remove its bitterness. Now all one needs to do is pour it straight into the pan, they say.

I want to share a few fun and simple recipes for cooking creatively with quinoa that friends have been enjoying since the 1990s. 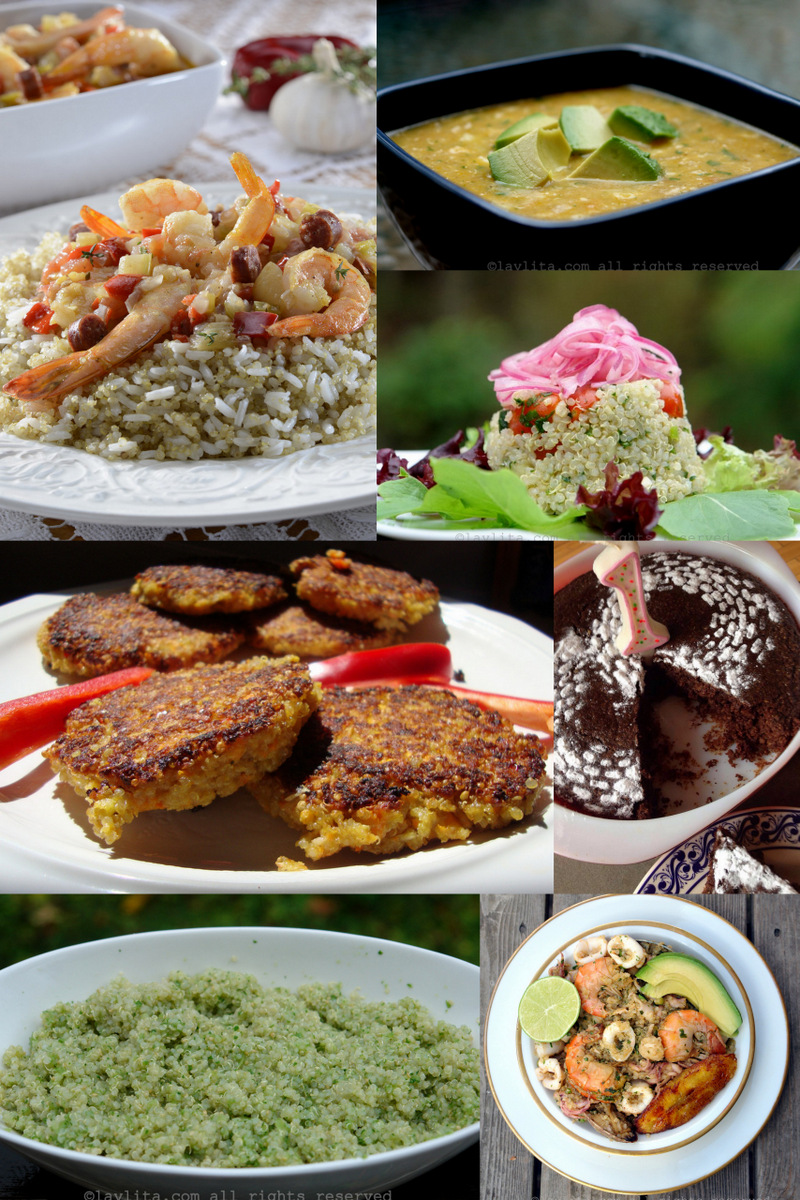