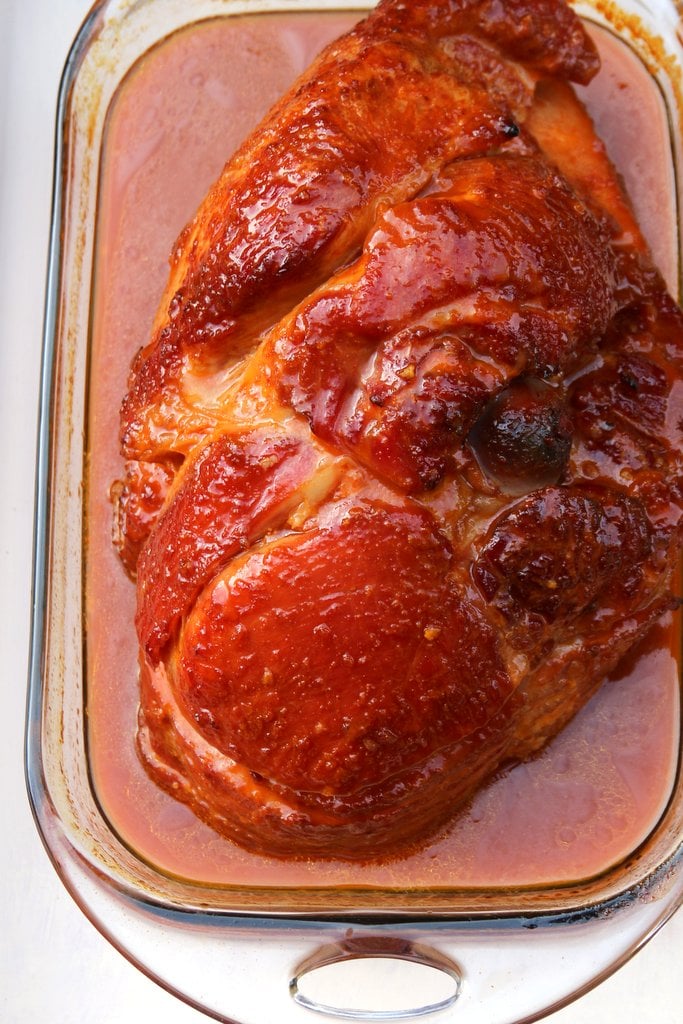 This recipe for orange chipotle ham is made with a fully cooked smoked spiral cut ham and is glazed with a sauce made with chipotle chilies, orange juice, lime juice, cumin, achiote, tequila, sugar or honey, and spices like cinnamon and cloves. My favorite part about the holidays is spending time with family and friends, and of course cooking + eating together. I try to create my holiday menu meals with a mix of dishes that are prepared in advance and easy to make, as well as some dishes that are made right before serving.

For the orange chipotle sauce:

For the baked ham with orange chipotle sauce:

For the orange chipotle gravy: 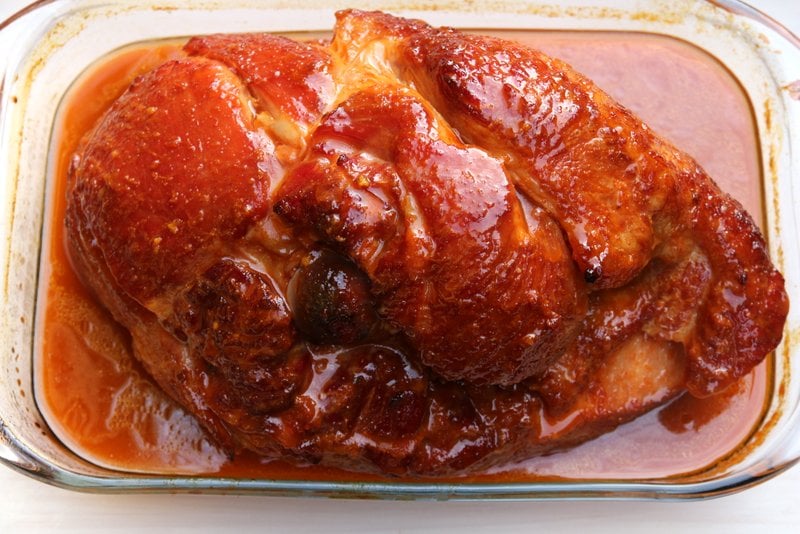 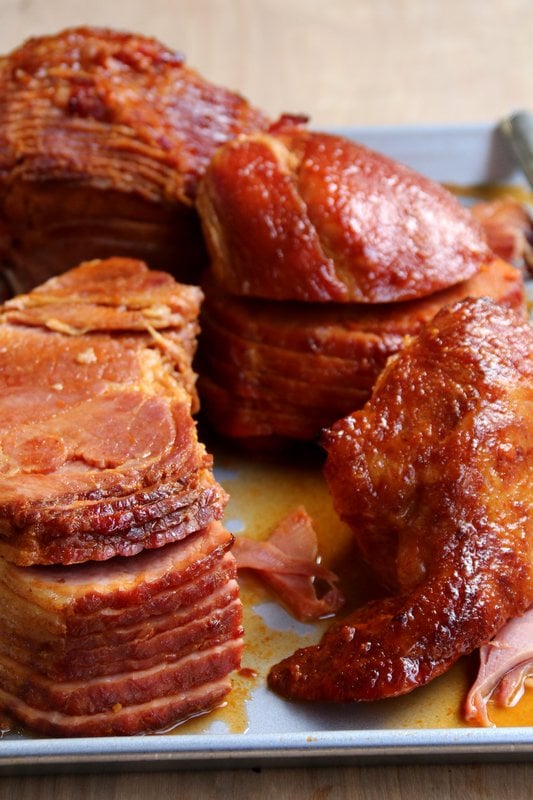 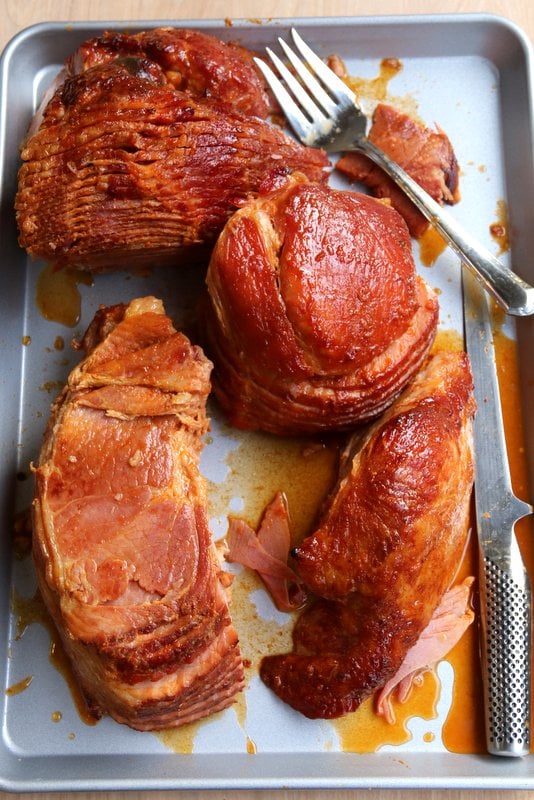 My husband seems to think that I overdo and over-complicate the cooking part during holiday meals, and sometimes he’s right. In my defense, if we’re having a large meal with family & friends, I really like to have a least 2 main meat/protein dishes as the stars of the meal. Usually one will be poultry (think turkey, duck, chicken, etc), and the other must-have is a pork dish. Anyone who grows up in Latin America knows that most holiday celebrations or special events almost always mean that there will be main dish made with pork. Of course, going back to the over-complicated part, it’s a lot of work to prepare a holiday meal, so using a fully cooked smoked ham can simplify the entire process. 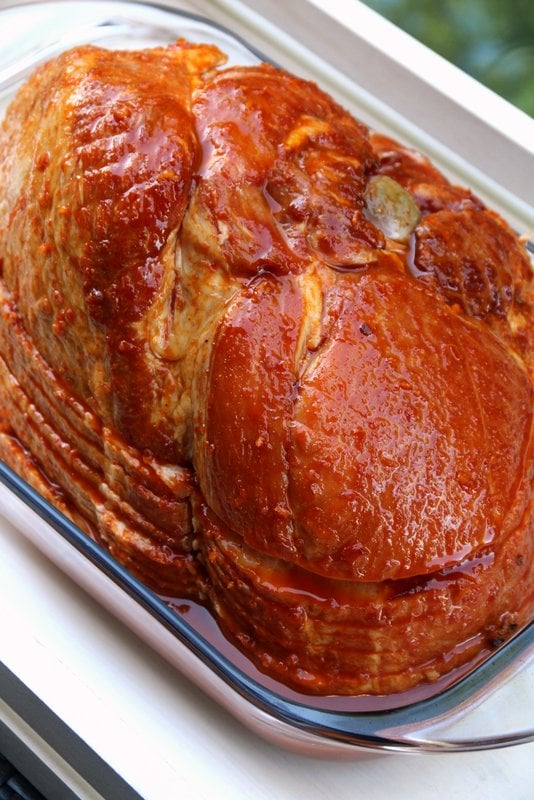 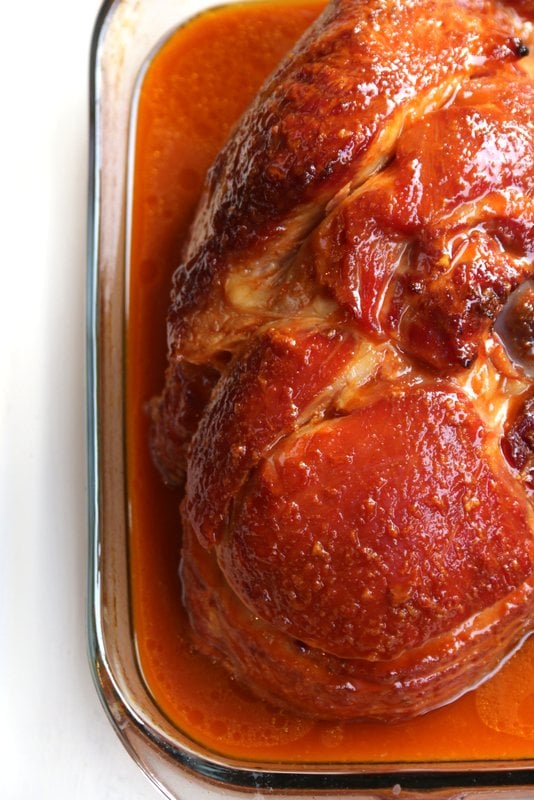 The orange chipotle sauce can be made ahead of time and kept in the fridge until you are ready to bake the ham. The smoked ham is fully cooked, this way it’s just a matter of baking the ham with the sauce a couple of hours before the meal. The ham will release a decent amount of natural juices when it bakes. I used part of the pan juices and some balsamic vinegar to make a quick gravy sauce to serve with the ham. 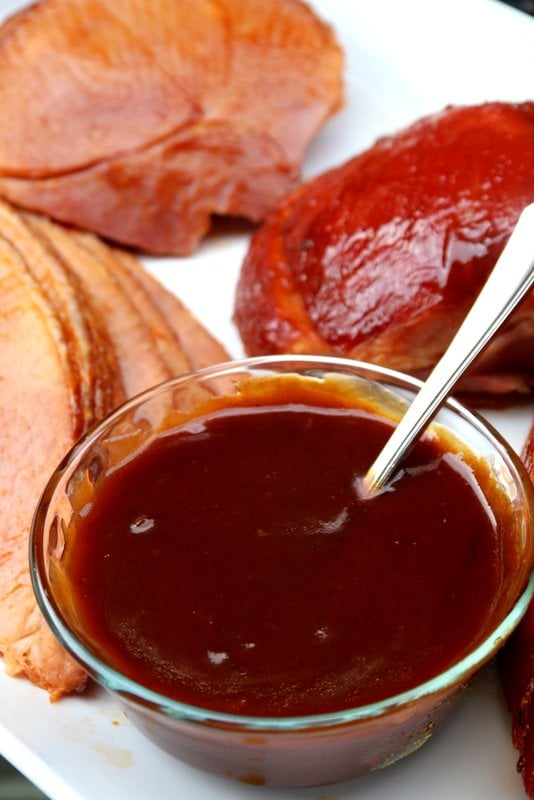 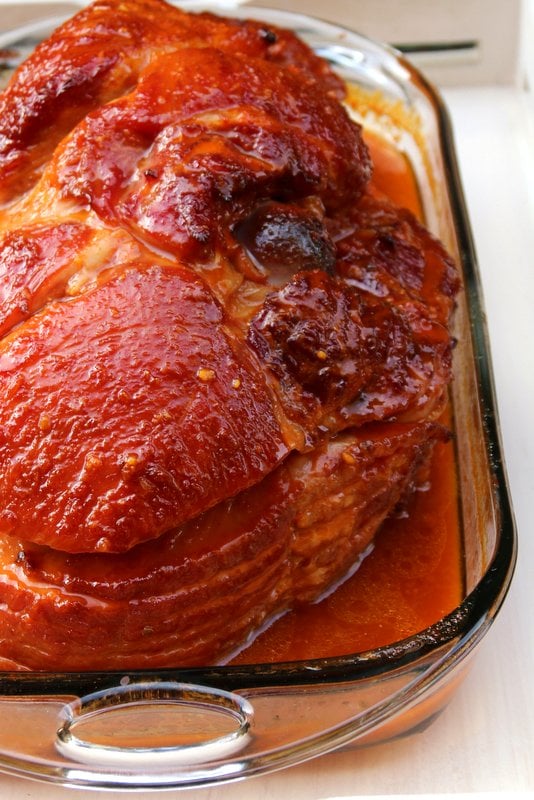 You can serve the ham with your choice of side dishes. We served this orange chipotle ham with a carrot ribbon salad, baked spaghetti squash, garlic green beans, and some lime pickled red onions. Another thing that I love about ham is that it’s great for leftovers. Here are a few easy suggestions for any leftover ham: 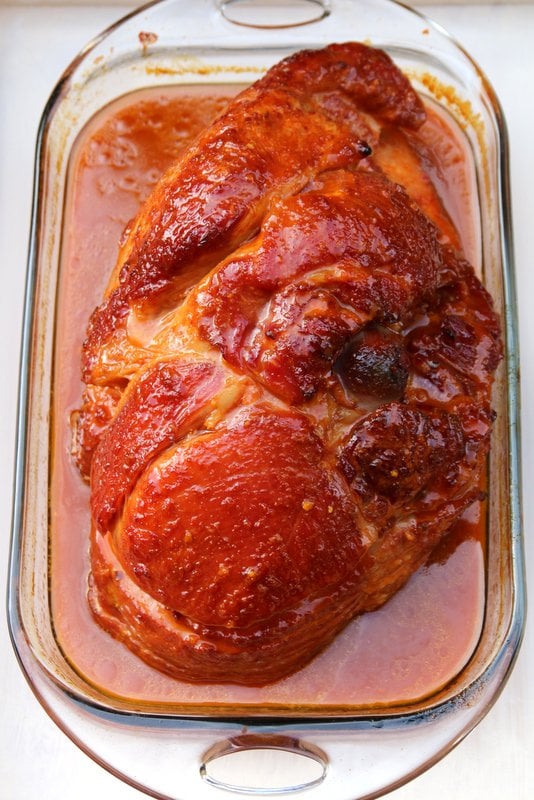 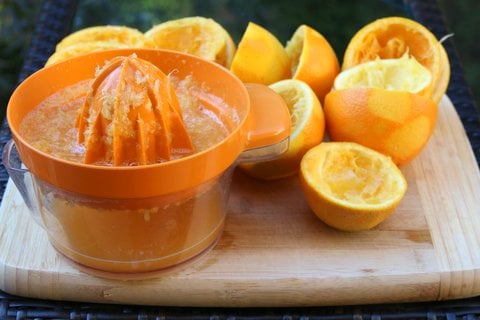 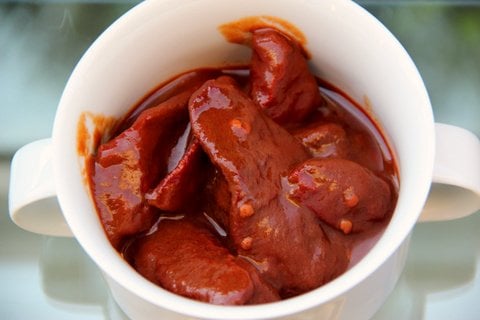 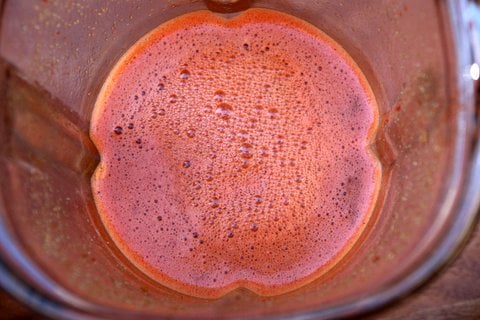 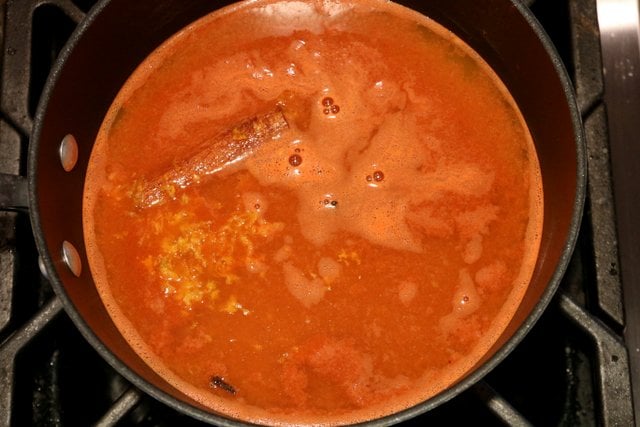 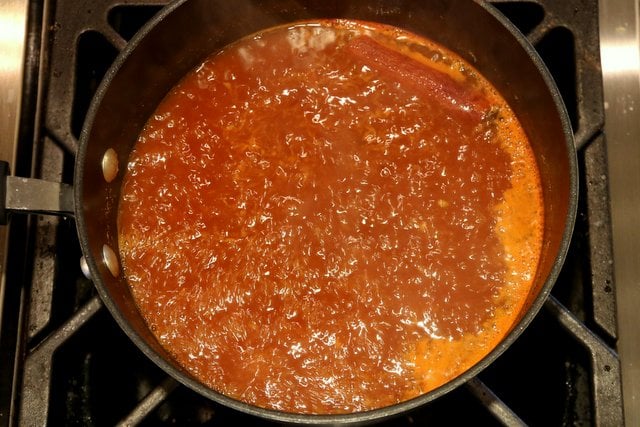 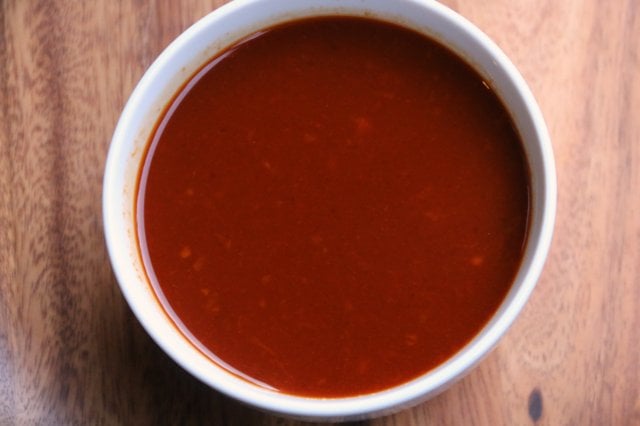 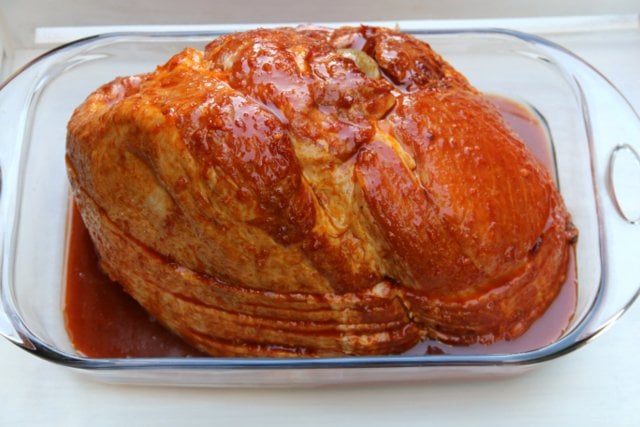 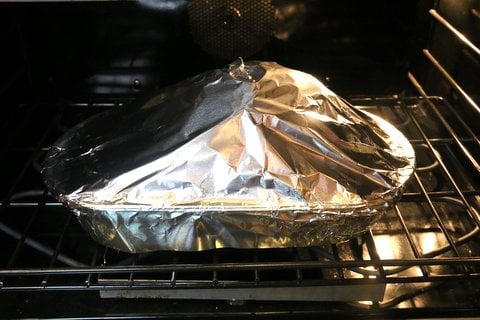 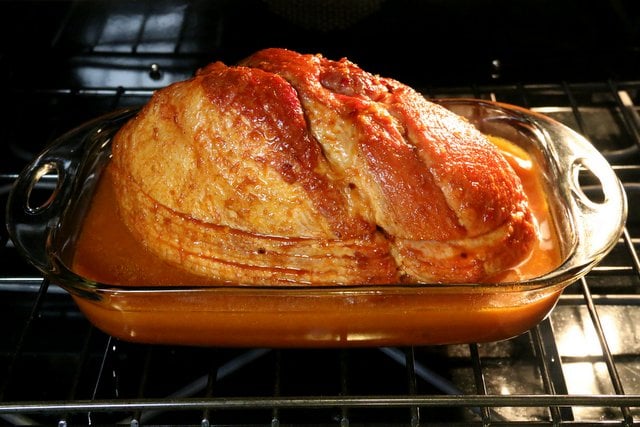 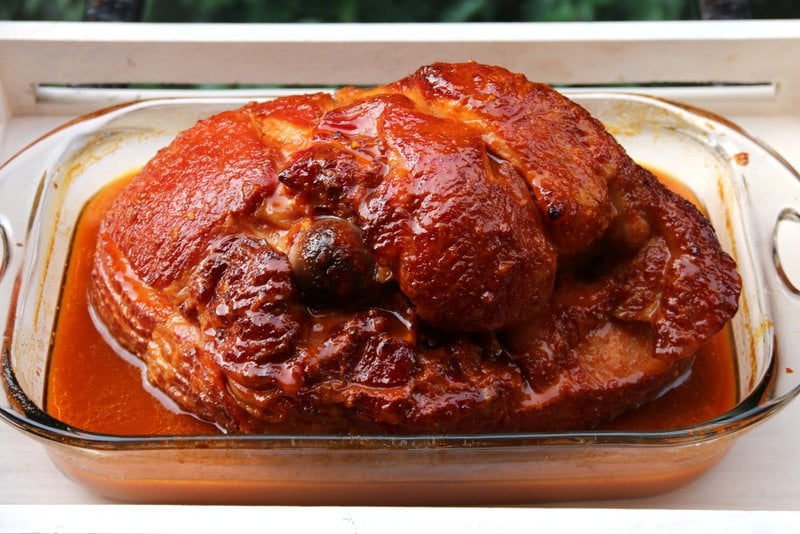 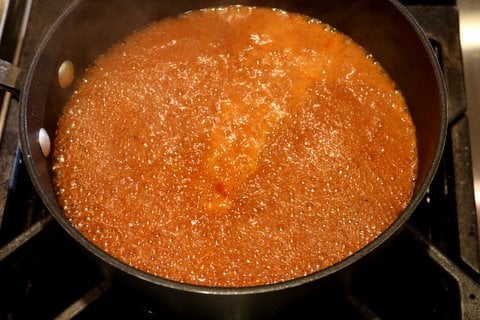 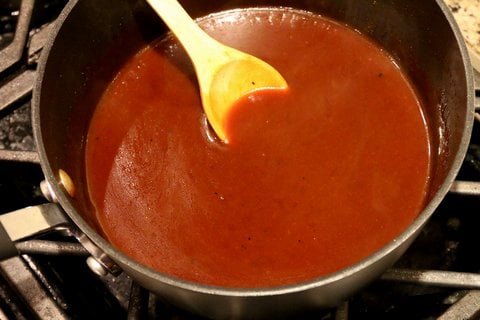 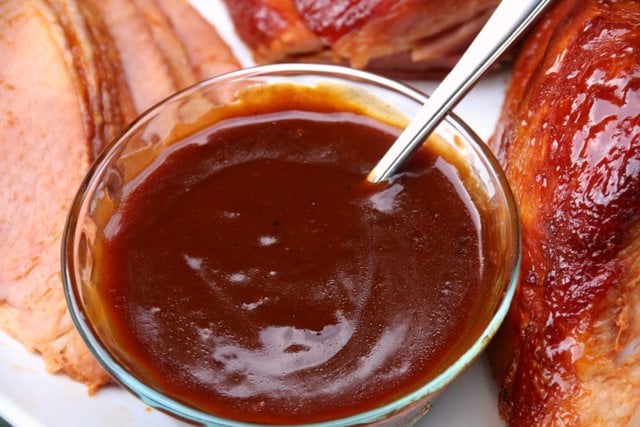 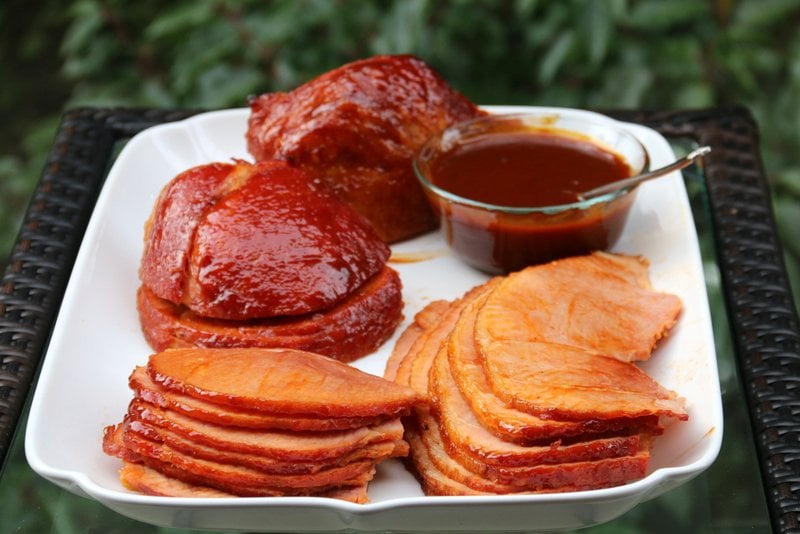 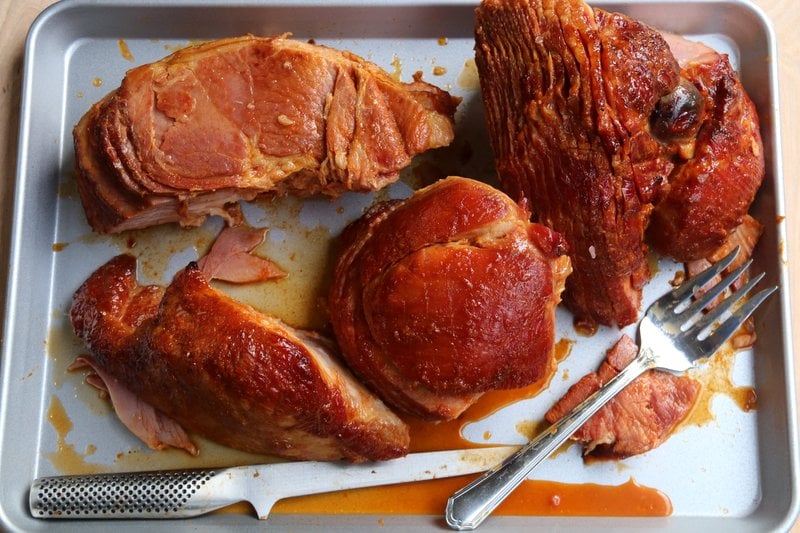 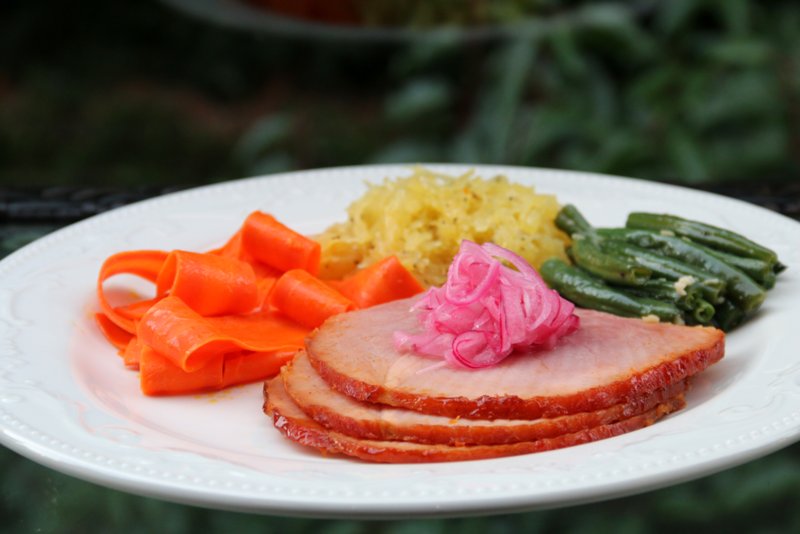 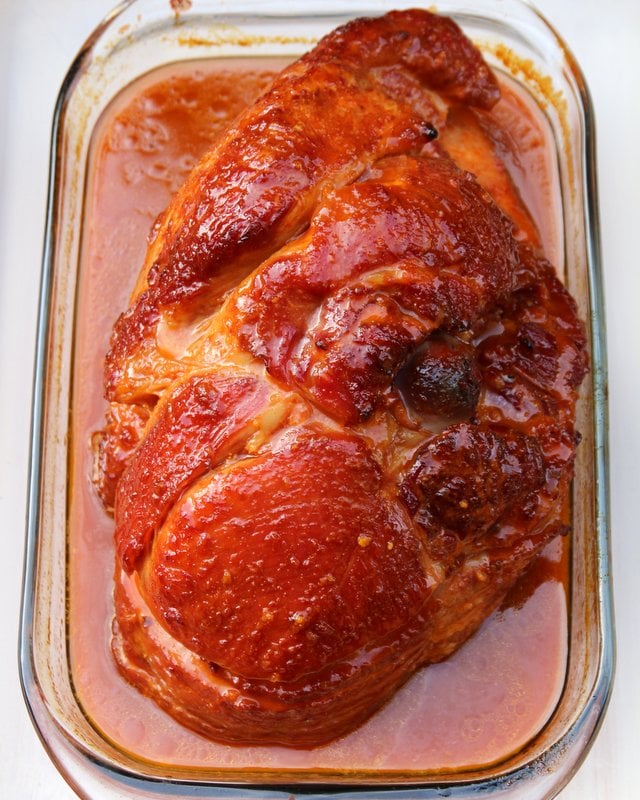 Disclosure: This orange chipotle ham recipe was originally created for Smithfield and I received compensation for this sponsored post. All photos, recipes, opinions and ideas are my own.