Home » All » By Course » Sides » Brussels sprouts with chorizo and cilantro 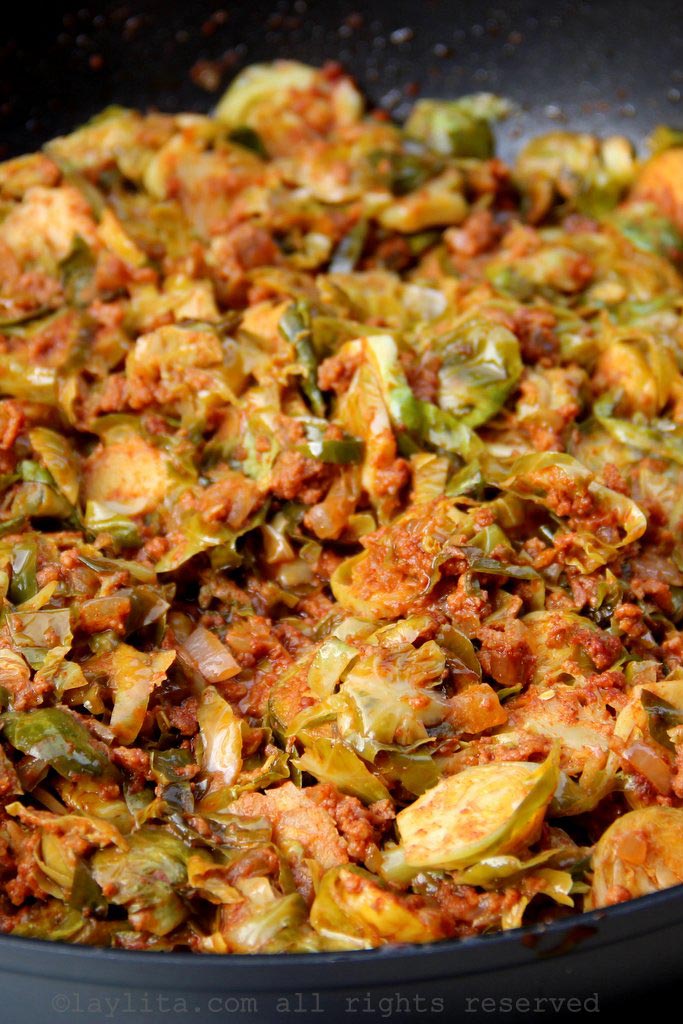 These sautéed brussels sprouts with chorizo and cilantro are easy to make and full of flavor, the chorizo and onions are cooked together, then you add sliced brussels sprouts, cook until done, and finish off with a bit of lemon juice and chopped cilantro. My kids used to say that brussels sprouts were “their most hated food ever”, and these are not your typical picky eaters. They love raw oysters, sushi, salads, spicy foods, and other things that I didn’t like as a kid.

My strategy for getting them to like foods that they claim to not like, is to prepare the current disliked ingredient differently each time, and they have to at least try it. I also involve them in the cooking process and have them suggest ways to try preparing the dish or have them provide ideas on what spices/herbs to use for seasoning. 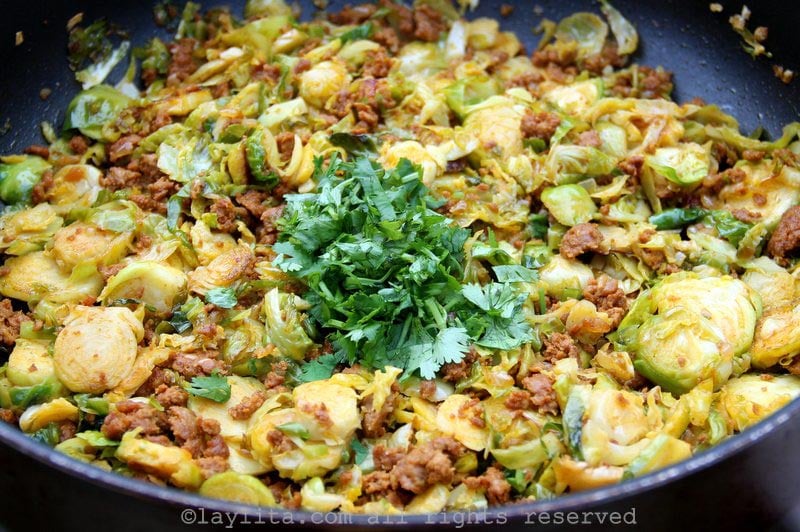 Easy and simple recipe for sautéed brussels sprouts with chorizo and cilantro. 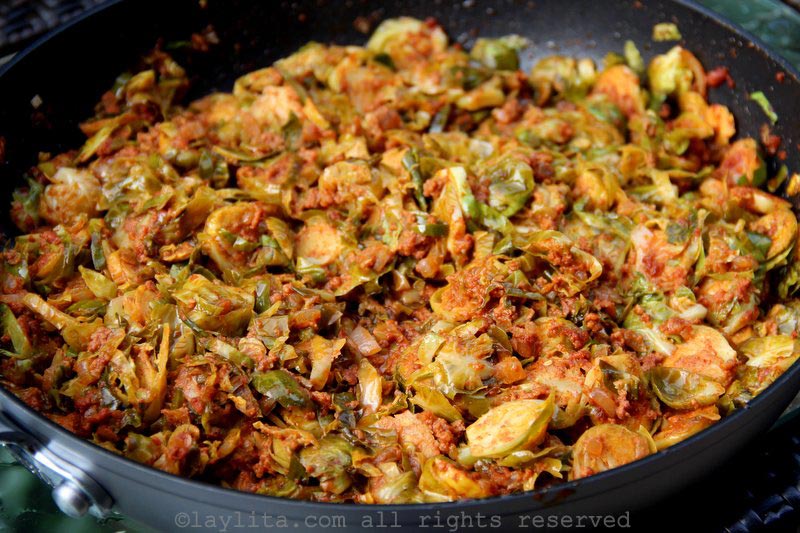 I’ll admit that I wasn’t a huge fan of brussels sprouts either (and they might have been on my “most hated ingredients” as a kid), so I had some self interest in trying to find a way to prepare them that would also make them more enjoyable for everyone, myself included. The boys love chorizo (and so do I), so I decided to sauté the brussels sprouts with chorizo. I also sliced the brussels sprouts so that they would cook more evenly. I used a fresh style uncooked Mexican or Latin chorizo for this recipe, but you could also use a Spanish style cured chorizo – it will take less time to prepare since the chorizo is already cooked, but would still add a lot of flavor to the dish.

For a vegetarian option, you could use finely diced mushrooms in place of the chorizo and season them with a mix of paprika, chili powder, garlic, and cumin to get a similar flavor. Fresh chorizo is usually very well-seasoned, so I didn’t add any extra seasoning or spices to these brussels sprouts, however you can taste them (once the meat is fully cooked) and add more seasonings if desired. 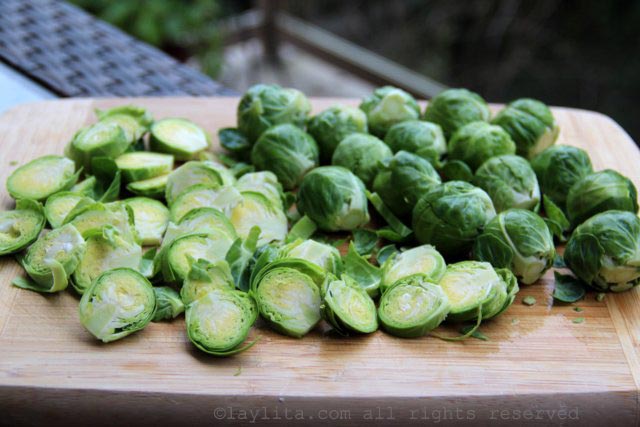 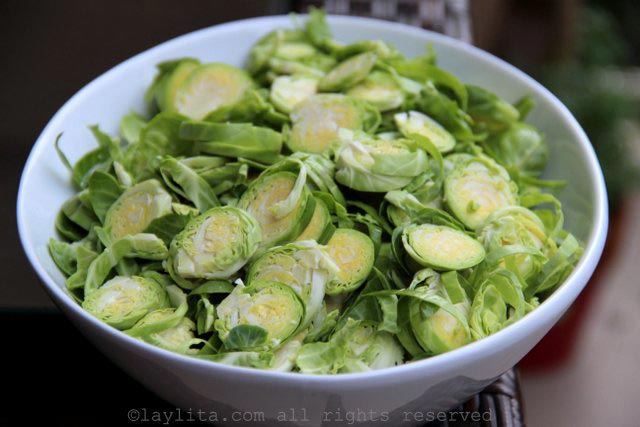 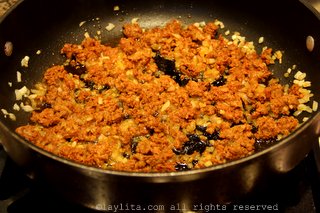 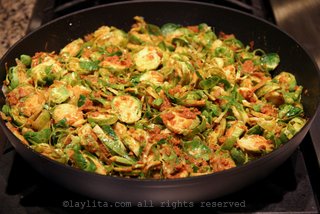 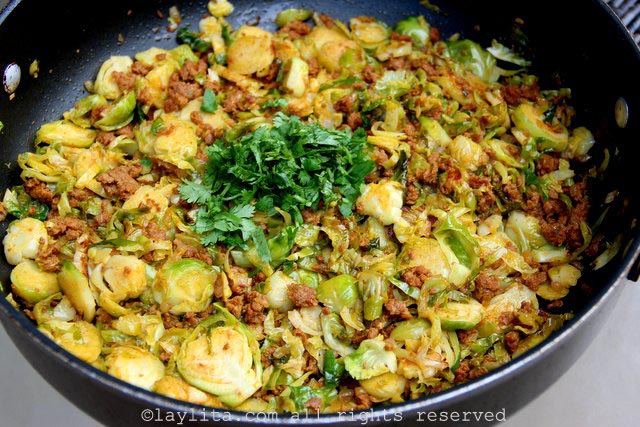 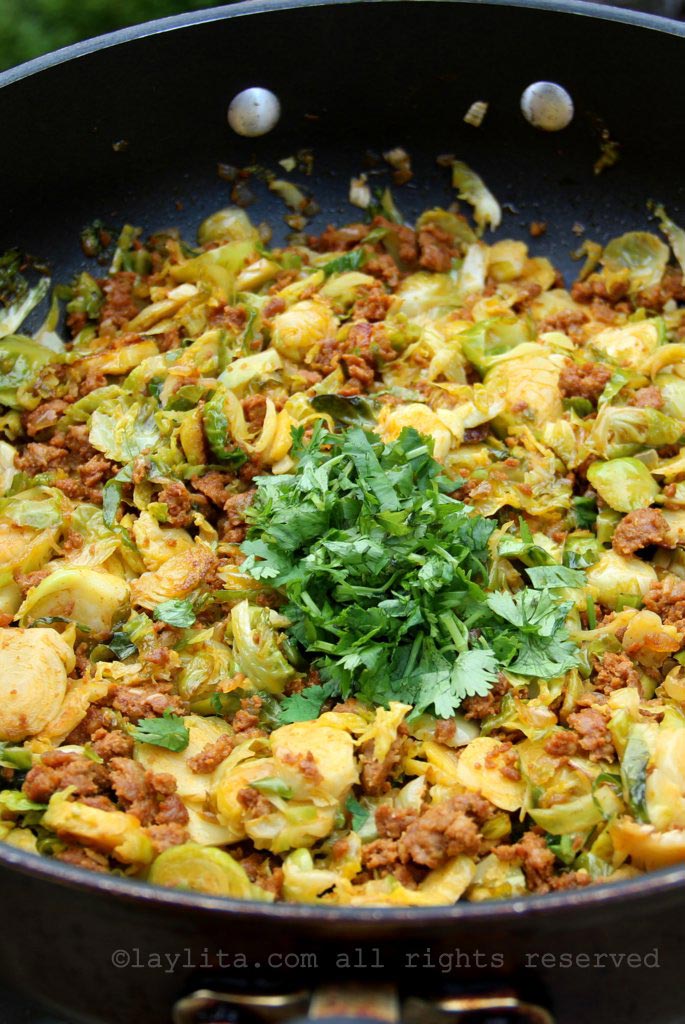