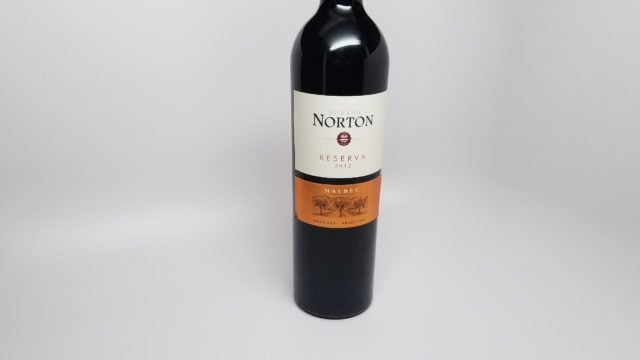 Europe and the Middle East are known for being the old world of wines. Culturally it has been around for centuries. New worlds of wine include North America, Australia, and South America. Argentina, in just a few years, has become a huge producer and exporter of wines from South America. The country benefits from good soil, climate, and infrastructure to make the business possible. But when it comes to Argentina wine did you know there are several regions where it is produced?

They are often mentioned on the bottle label:

Our story with Mendoza Argentina wines

The Mendoza region being the largest producer, many of the wines from Argentina that we’ve had so far have been from this place. However, we didn’t know about the other regions. Starting with wines from Mendoza is a nice way to discover Argentina flavors. Now we want to try the other varieties!

How to drink a Mendoza Argentina wine

Wines from Argentina’s Mendoza region tend to be strong, opulent, full bodied. In our experience it’s hard to find a mild and smooth wine from that region, like you could drink a Bordeaux red wine with complete smoothness. As a result, if you’re only drinking a Mendoza bottle or staying with strong wines you can follow it with something even more intense: an Amarone from Italy. You start strong and move up. If however you start with a Mendoza wine and move to a Bordeaux next, your taste buds might not enjoy that French wine the same way. It may taste bland. In that case, start with the lighter wine first, then open the Mendoza bottle. As we say, we graduate to a stronger wine over the length of a meal.

Given the intense flavors of the Mendoza wines, decanting them makes a lot of sense. You can do so in a traditional decanter or using the faster process using an aerator, as we do for most our wines. Especially in summer months some insects tend to fly around the house, and traditional decanters act, alas, as excellent traps. No such problem with an aerator. That’s what we did for one glass, on the right side, while the glass on the left had wine straight out of the bottle. Layla and I both noted that aerating the Mendoza wine took its edge off, making it easier to drink and still plenty flavorful.

As we described the intensity of Argentina red wines from the Mendoza region, we suggest avoiding entry level wines that are just there to be the cheapest. While it’s true for most wines in general – there is a cliff when going into really cheap bottles, they just do not taste good. When wines are light, like a Beaujolais, it’s tolerable. But when the wine is intense, you might end up not enjoying your wine. So for Argentina Mendoza bottles we suggest trying bottles in the mid-range of prices that you or your favorite wine store has pre-selected. In the US, places like Costco and Total Wine are generally careful in selling wines someone from the company has tasted before, and approved for selling it to you. That’s the way it should be! Each year brand names change, and within a same brand the blends evolve, one year’s vintage can be different from the same wine from another year.

For red wines full of flavors you can enjoy spicy dishes, such as fish or meats, with if you wish a good amount of hot sauce. The wine also goes well with aged cheeses, as well as chocolates. We also suggest traditional recipes from Argentina such as the empanadas de Mendoza, ideal pairings for red wines from the same region.