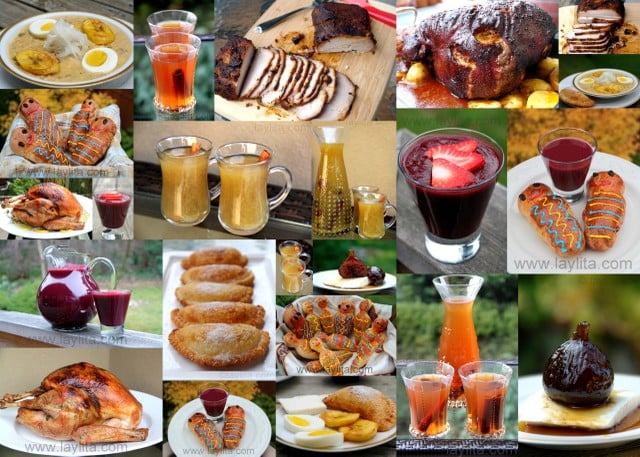 Food is a very important part of most holidays in Ecuador. Here are some of the traditional Ecuadorian holiday food dishes:

Easter: Easter is full of traditional recipes in Ecuador. The main meal consists of a soup called fanesca, which contains salt cod and larger variety of grains and vegetables. Fanesca is served with hard boiled eggs and fried cheese empanadas. A mashed potato side dish called molo is served after the fanesca. Dulce de higos or figs cooked in panela syrup are a traditional Easter dessert.

Fanesca: Fanesca is an Ecuadorian soup or stew made only during Easter, it is made with bacalao or salt cod, squash, fava beans, chochos, corn, peas, porotos or fresh beans, rice, onions, garlic, cumin, achiote, peanuts, milk, cream and cheese. 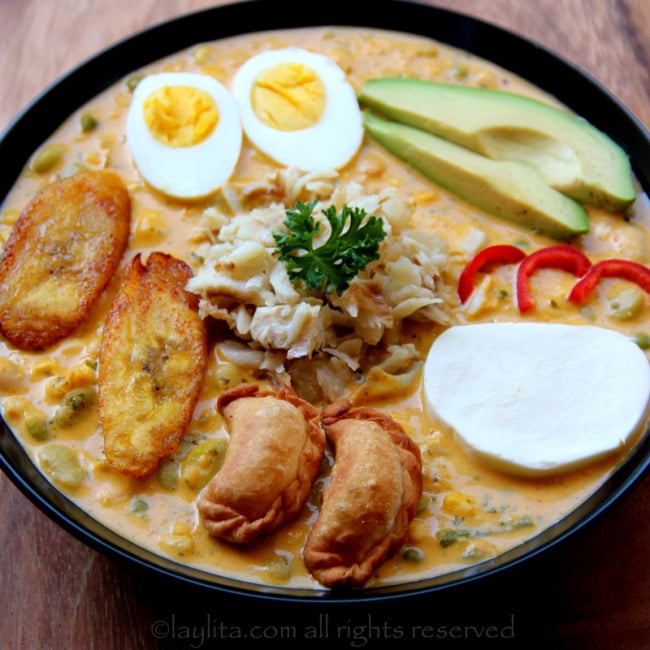 Learn more about Easter in Ecuador

Dia de los Difuntos or Day of the Deceased: Ecuador celebrates the Day of the Deceased with two very traditional dishes, guaguas de pan or bread figures and colada morada, a thick drink made with purple corn flour, berries, other fruits, aromatic herbs and spices.

Guaguas de pan or bread babies: Guaguas de pan are traditional Ecuadorian sweet bread figures, shaped liked babies or dolls, that are part of the Day of the Deceased holiday 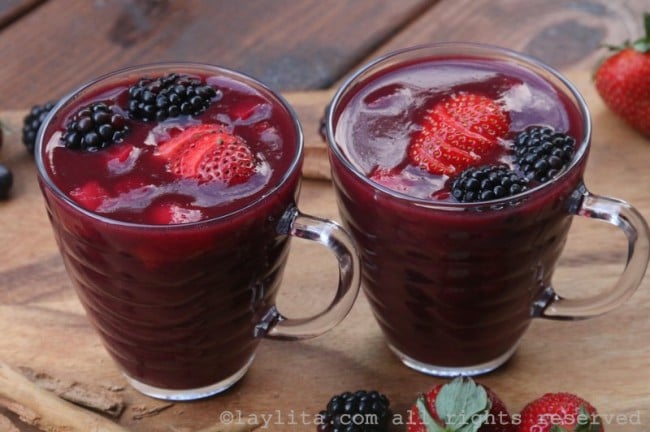 Christmas & New Year’s: Christmas always involves a lot of food preparation, since families gather together it is common to prepare dishes that require a lot of work, since there are many hand to help prepare the meal (and many mouths to eat it). There is usually a large dinner on Christmas Eve and turkey is a traditional dish for this meal. Hornado de chancho or roasted pork leg is another popular Ecuadorian dish that many families prepare during this season. Pernil or roasted pork loin is also made for Christmas or New Year’s meals. Since the nights are cold, mainly in the highlands, most people drink a hot cinnamon drink called canelazo to say warm.

Pavo horneado: Roasted turkey is a must have for Christmas dinner in Ecuador. 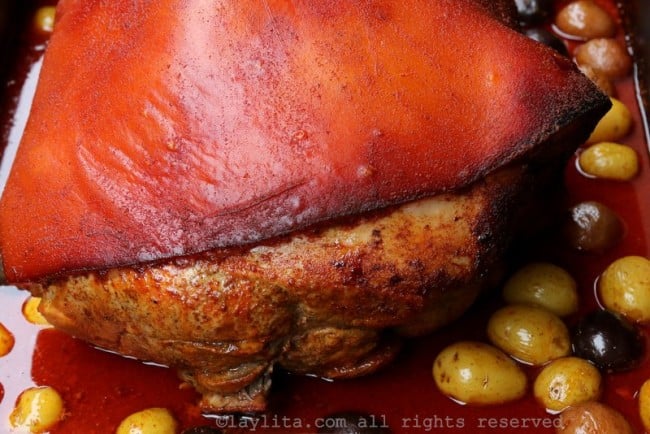 Canelazo and Naranjillazo: Canelazo is warm spiced cinnamon cocktail made with cinnamon, water, sugar and aguardiente. Naranjillazo is similar to canelazo, but is made with naranjilla or lulo juice.