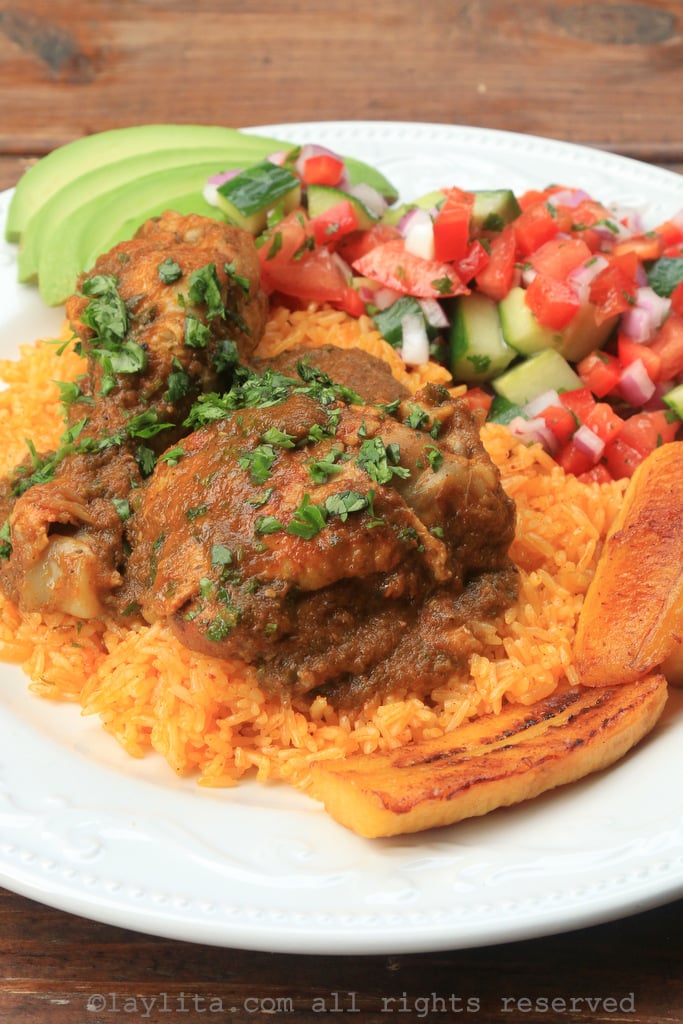 Seco de pollo or chicken stew is another delicious recipe from Ecuador. It is one of dishes that you crave on a day when you want a nice home cooked meal that not only satisfies your stomach, but also gives you that overall happy feeling. This dish is also known as seco de gallina criolla. If it is made with a young chicken it is called seco de pollo, and if it is made with an older hen it is called seco de gallina criolla. Traditionally it was a way to cook those older tougher hens and soften the meat by cooking it slowly in a sauce of onions, garlic, peppers, tomatoes, herbs and spices. 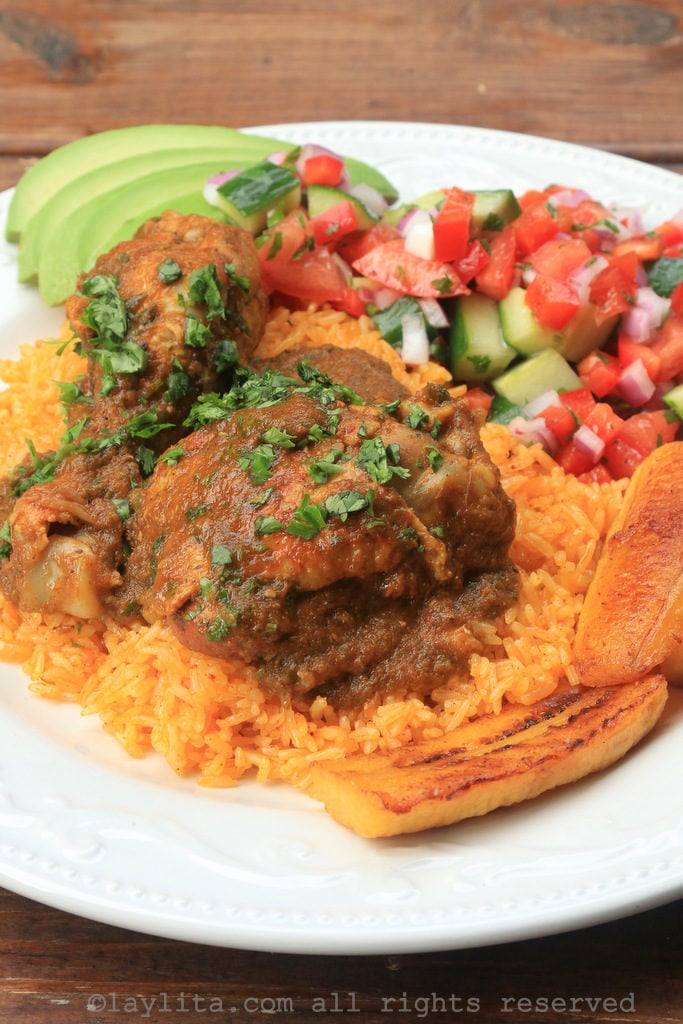 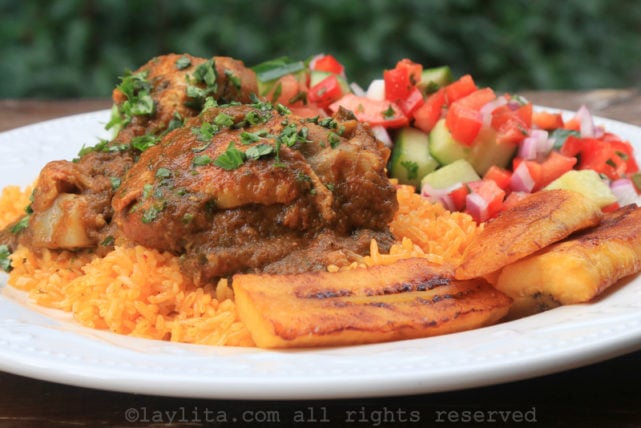 The traditional preparation also uses chicha – a fermented corn drink – instead of beer, though most people today prepare it with beer because it is much easier to find and tastes great. Sometimes naranjilla juice is also added. I recommend using a light and mild flavored beer, if not the flavor might be on the bitter side. If that happens, you can offset the bitterness by adding some citrus (orange, sour orange, lemon/lime, naranjilla/lulo juice) until you have the right balance. You can also use a mix of beer and citrus juice, like naranjilla or lulo juice.  Other options for the liquid include a mix of half white wine and half orange juice.  I find the flavor of chicha similar to a semi-dry apple cider, so apple cider is also another alternative to beer for this recipe. 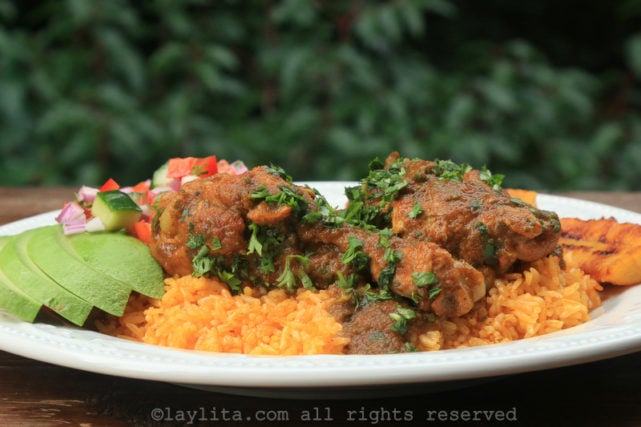 Seco de pollo is an easy recipe to make, but it can be time consuming if you are cooking a hen or gallina, since you have to wait for the chicken meat to get very tender – about 2 to 2 1/2 hours. A regular pollo or young chicken will cook much quicker, but the sauce might need more time to thicken. In that case, I recommend removing the chicken pieces and increasing the heat to thicken the sauce quicker. Seco de pollo is usually served with arroz amarillo or yellow rice -just add some achiote to the rice preparation -and fried ripe plantains. Those are the two must have sides. I like to also serve it with avocado slices, a small salad, and in this case some whole potatoes sauteed in butter. 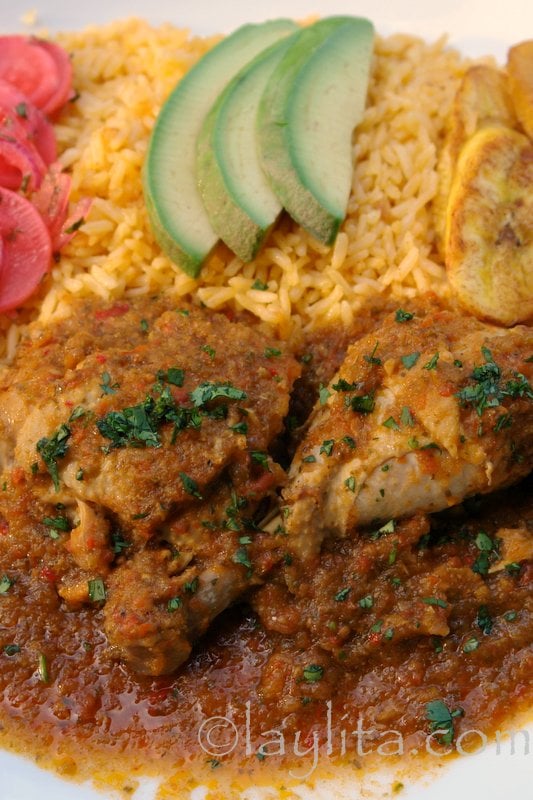 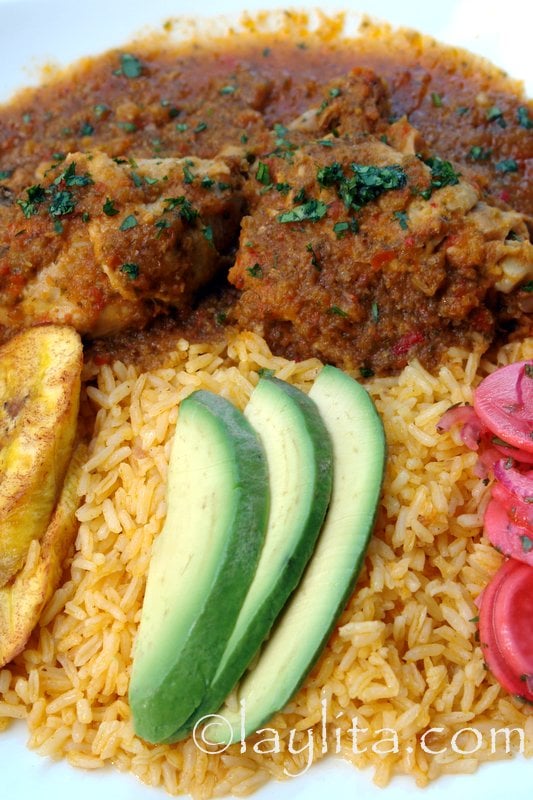 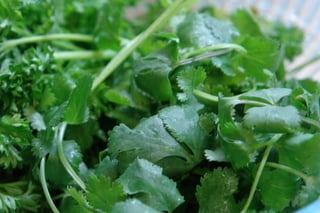 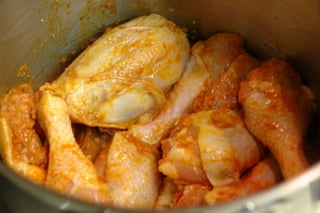 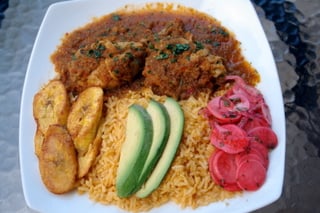 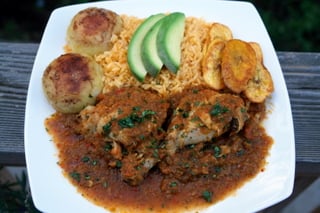 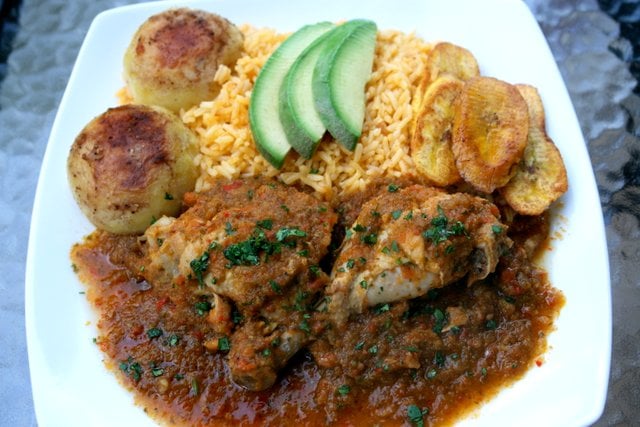 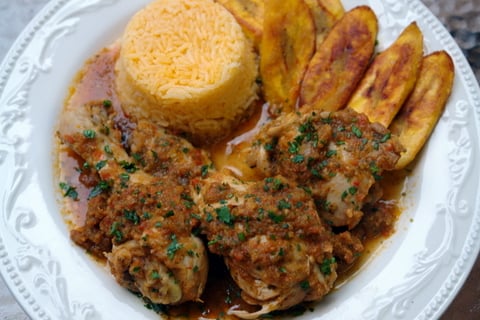 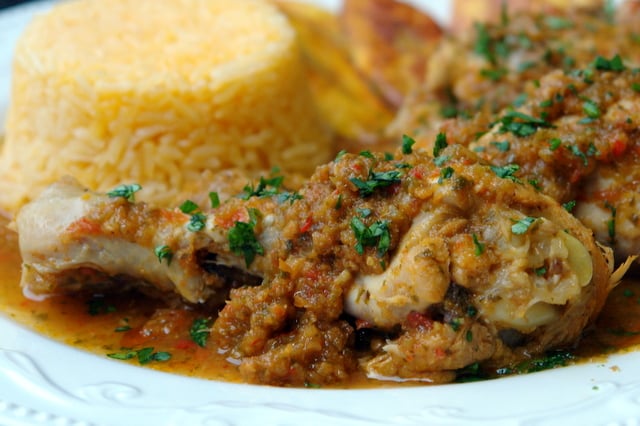 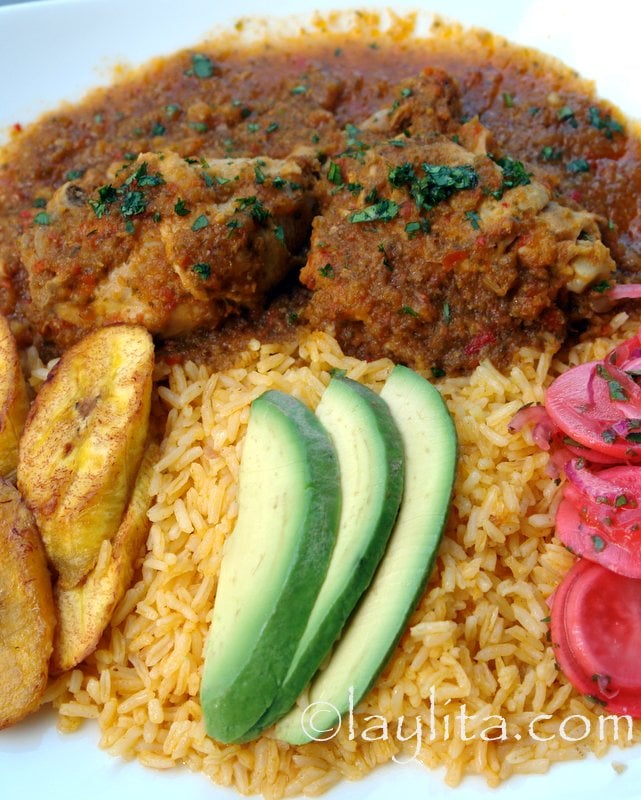 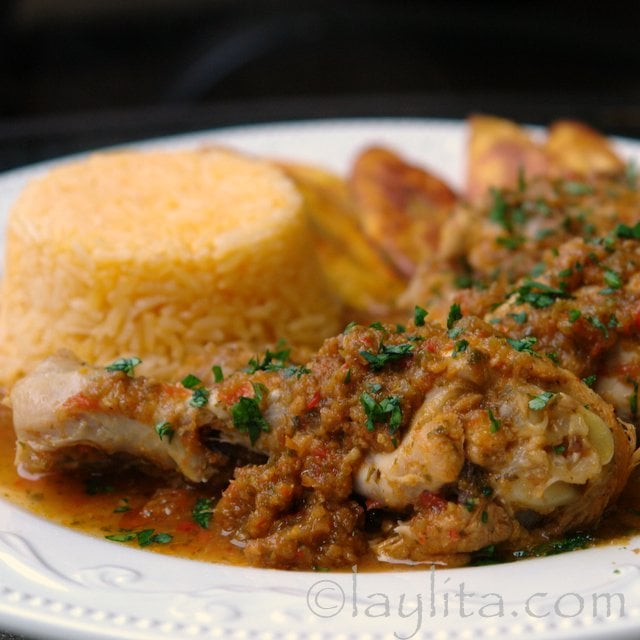